Return to this page a few days before the scheduled game when this expired prediction will be updated with our full preview and tips for the next match between these teams.
Full-Time Result Prediction
👉
Jönköpings Södra IF to Win

Jönköpings Södra IF will be hosting visiting opponents Utsiktens BK at Stadsparksvallen in the Superettan meeting on Saturday.

Scroll down for all of our predictions, poll and stats for the Jönköpings Södra IF v Utsiktens BK game (inc. the best betting odds).

Jönköpings Södra IF will be hoping to return to winning ways here following a 2-4 Superettan loss in their previous game against Landskrona BoIS.

Matches featuring Jönköpings Södra IF have tended to be engaging ones of late with a lot of goalmouth action the rule rather than the exception. Over their past six clashes alone, a grand total of 26 goals have flown in for both sides combined (at an average of 4.33 goals per game) with 10 of them accredited to Jönköpings Södra IF. We shall soon find out if that trend will end up being sustained in this game.

Utsiktens BK head into the game following a 3-0 Superettan win with the downing of Dalkurd FF in their previous game.

For Utsiktens BK, goals were scored by Erik Westermark (24') and Markus Björkqvist (89'). Sigitas Olberkis (38' Own goal) scored for Dalkurd FF.

During their 6 latest matches, Bosko Orovic's Utsiktens BK have slotted home 13 times, earning them a goals per game average of 2.17.

Going into this encounter, Utsiktens BK are unbeaten in their last 2 away league matches.

The Jönköpings Södra IF manager Patric Jildefalk will be thankful to have no fitness concerns to speak of before this match with a fully healthy group to choose from.

Due to a fully injury-free squad available to select from, the Utsiktens BK boss Bosko Orovic does not have any fitness concerns at all ahead of this clash.

We’re inclined to think that Utsiktens BK will have their work cut out to get anything against this Jönköpings Södra IF side who will likely emerge victorious.

We therefore think that it’s going to be a good tussle with a 1-0 win for Jönköpings Södra IF at the end of the 90. 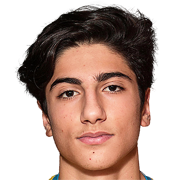 Customarily taking to the field in the Right Attacking Midfielder position, Peter Gwargis was born in Sydney, Australia. After having made a senior debut playing for Malmö FF in the 2021 season, the gifted Midfielder has bagged 2 league goals in this Superettan 2022 campaign to date in a total of 3 appearances.

While we have made these predictions for Jönköpings Södra IF v Utsiktens BK for this match preview with the best of intentions, no profits are guaranteed. Always gamble responsibly, and with what you can afford to lose. We wish you the best of luck.