Kashiwa Reysol make the trip to Kashima Soccer Stadium on Wednesday for the J1 League clash with hosts Kashima Antlers.

For all of our match predictions, pre-game poll and statistics for Kashima Antlers v Kashiwa Reysol, scroll down (inc. the best betting odds).

Kashima Antlers, following on from their previous result, will be hoping for more of the same after a 1-3 J1 League triumph against Vegalta Sendai.

It’s not been often in recent times where Kashima Antlers have shown defensive steel. The reality is that Antlers have failed to prevent opponents from scoring in 5 of their previous 6 matches, leaking 7 goals during that time.

Leading up to this clash, Kashima Antlers:

After tasting defeat last time out to Sagan Tosu in J1 League competition, Kashiwa Reysol and their travelling fans will hope for a better result here.

The only player to score from Kashiwa Reysol was Michael Olunga (87'). Daichi Hayashi (53') and Fuchi Honda (66') scored for Sagan Tosu.

The stats don’t lie, and Kashiwa Reysol have been scored against in 5 of their last 6 games, seeing their opponents hit 9 goals overall. Defensively, Reysol can certainly do much better. Previous results aside, it remains to be seen whether that pattern might continue on in this next game.

Coming into this fixture, Kashiwa Reysol haven't won against Kashima Antlers when they've played them away from home in the last 2 league games.

Looking at their prior head to head clashes going back to 10/09/2016 tells us that Kashima Antlers have won 4 of these and Kashiwa Reysol 1, with the number of draws standing at 1.

There were also plenty of goals scored in those games, 25 in total which averages out at 4.17 goals per meeting.

The last league match featuring the two was J1 League match day 13 on 29/08/2020 which ended up with the score at Kashiwa Reysol 2-3 Kashima Antlers.

Reysol boss Nélsinho Baptista has not got a full squad to pick from. Kosuke Nakamura (Lumbago), Yuji Takahashi (Cruciate Ligament Rupture) and Sachiro Toshima (Fibula Fracture) are names that won’t be on the team sheet.

We’re of the opinion that Kashiwa Reysol should be able to find the net against this Kashima Antlers lineup, however that may not quite be enough to avoid a loss.

We’re predicting a very close game with a 2-1 win for Kashima Antlers when all is said and done. Should be a good one. 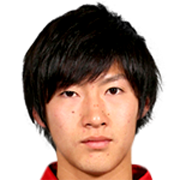 Generally taking up the Central Attacking Midfielder position, Shoma Doi was born in Yamagata, Japan. After having played his first senior match for Kashima Antlers in the 2011 season, the goalscoring Midfielder has contributed 6 league goals in the J1 League 2020 campaign to date coming from a total of 26 appearances.

We have made these Kashima Antlers v Kashiwa Reysol predictions for this match preview with the best intentions, but no profits are guaranteed. Please always gamble responsibly, only with money that you can afford to lose. Good luck!