Kashiwa Reysol will be the visitors at Shonan BMW Stadium Hiratsuka on Sunday for the J1 League fixture with home team Shonan Bellmare.

Our tips, poll and stats for Shonan Bellmare v Kashiwa Reysol can all be found here - as well as the best betting odds.

Shonan Bellmare will be wanting a better result here after a 1-0 J1 League losing effort in their last game against Cerezo Osaka.

Matej Jonjić (90') was the scorer for Cerezo Osaka.

A common feature of more recent Shonan Bellmare games is the high number of scores with a nil in them.

Taking their previous sextet of clashes leading up to this one, in as many as 5 of them a wager on "Both Teams to Score" would have been a losing one. We will have to find out if that trend can be continued on into this next match.

Ahead of this clash, Shonan Bellmare haven’t won at home in the past 6 league matches. Their supporters are understandably frustrated.

In the game prior to this, Kashiwa Reysol drew 1-1 in the J1 League match with Urawa Red Diamonds.

The only player to score from Kashiwa Reysol was Ataru Esaka (41'). Shinzo Koroki (59') was the scorer for Urawa Red Diamonds.

Over the course of their last six clashes, Kashiwa Reysol have bagged a tally of 11 goals. Reysol have additionally got on the scoresheet in every single one of those games. Over that period, they have seen 8 goals scored by their opponents.

If we look at their past head to head meetings dating back to 29/07/2015, it’s been all-even between these two clubs with Shonan Bellmare winning 2 of those games, Kashiwa Reysol 2 and 2 being drawn in regulation time.

In all, 15 goals were shared by the two clubs in this period, with 9 of them from Shonan and 6 netted by Reysol. This gives an average number of goals per game equal to 2.5.

Reysol boss Nélsinho Baptista has a number of players out of action. Kosuke Nakamura (Concussion), Yuji Takahashi (Cruciate Ligament Rupture) and Sachiro Toshima (Fibula Fracture) are names that won’t be on the team sheet. Shunki Takahashi will not be able to play in this game through being suspended.

We’ve got the feeling that Shonan Bellmare should have enough to breach the defence of this Kashiwa Reysol team, however a single goal might not be enough to prevent defeat.

We’ve gone for a 1-2 winning score for Kashiwa Reysol when all is said and done. It should be a decent one. 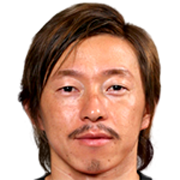 Typically played in the Striker position, Naoki Ishihara was born in Gumma, Japan. After making a first senior appearance for Shonan Bellmare in the 2003 season, the talented Forward has scored 5 league goals in the J1 League 2020 campaign to date in 19 appearances.

While we have made these predictions for Shonan Bellmare v Kashiwa Reysol for this match preview with the best of intentions, no profits are guaranteed. Always gamble responsibly, and with what you can afford to lose.