Our Montrose v Kelty Hearts predictions, statistics and match poll can be seen below - plus the latest betting odds.

Montrose will want to continue from where they left off last time out with a 1-0 League One triumph against Queen Of The South.

The only name on the scoresheet from Montrose was Blair Lyons (62').

Over their past six games, Stewart Petrie's Montrose have hit the back of the net a total of 6 times, an average number of goals per match of 1.

In the game prior to this, Kelty Hearts drew 1-1 in the League One tie with Airdrie United.

The only scorer from Kelty Hearts was Jamie Barjonas (66'). Adam Frizzell (21') scored for Airdrie United.

John Potter's Kelty Hearts have converted 6 times in the course of their latest 6 matches. The aggregate of goals that they have conceded during those same matches adds up to 5.

Going into this contest, Kelty Hearts are unbeaten in their previous 3 league matches away from home.

The last league match featuring these sides was League One match day 15 on 12/11/2022 which finished with the scoreline of Kelty Hearts 1-3 Montrose.

The match was refereed by Iain Snedden.

The Montrose manager Stewart Petrie will be thankful to have no fitness worries whatsoever coming into this match owing to a fully healthy squad to choose from.

Thanks to a mainly full-strength group, there’s only the one fitness issue for the Kelty Hearts boss John Potter to be concerned with. Jason Thomson (Concussion) won’t be in action.

We believe that Montrose will probably get the goals that they need when they meet Kelty Hearts, who may well struggle to break down their defence.

Our tip is for a comfortable 2-0 win for Montrose by the time that the referee blows the final whistle. 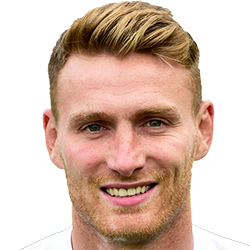 Typically used in the Striker position, Rory McAllister was born in Scotland. After having played his first senior match for Inverness C.T. in the 2004 - 2005 season, the accomplished Forward has contributed 5 league goals in this League One 2022 - 2023 campaign so far in 20 appearances.

We have made these Montrose v Kelty Hearts predictions for this match preview with the best intentions, but no profits are guaranteed. Please always gamble responsibly, only with money that you can afford to lose. Good luck!