Return to this page a few days before the scheduled game when this expired prediction will be updated with our full preview and tips for the next match between these teams.
Full-Time Result Prediction
👉
SKU Amstetten to Win

SKU Amstetten come up against guests KSV 1919 at Ertl Glas Stadion in this 2. Liga game on Friday.

Our SKU Amstetten v KSV 1919 predictions, statistics and match poll can be seen below including the latest game odds.

SKU Amstetten prepare for this match coming off the back of a 1-1 2. Liga tied result vs Austria Wien Amateure.

Their most recent results reveal that it’s been a torrid time for the SKU Amstetten defence. Amstetten have seen a total of 20 goals fly into the back of their net over the course of their past six tussles. We will have to see whether or not that trend will end up being sustained in this game.

Analysis of their past results shows that SKU Amstetten:

Following on from being defeated in their last game at the hands of FC Liefering in 2. Liga competition, KSV 1919 will be aiming to make amends here.

The stats tell the story, and KSV 1919 have been scored against in 5 of their last 6 matches, letting opponents get 13 goals overall. Defensively, KSV have not been doing too well.

Going into this contest, KSV 1919 are without a win away from home in their last 2 league games.

There’s just one fitness concern for the SKU Amstetten manager Joachim Standfest to contend with thanks to an otherwise robust squad. Manuel Seidl (Herniated Disc) won’t play. Marco Stark cannot play in this game through suspension.

Due to a completely healthy squad available for selection, KSV 1919 boss Abdulah Ibraković has zero fitness concerns to report ahead of this game.

We’ve got the feeling that KSV 1919 will have to work hard as a team to breach the defence of this SKU Amstetten outfit who we think will likely manage to score & go ahead.

We therefore see a 1-0 victory for SKU Amstetten after 90 minutes. 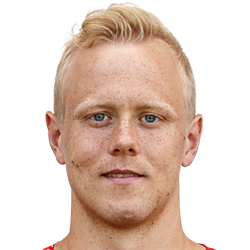 Typically deployed in the Striker position, David Peham was born in Austria. After having played his first senior match for SKU Amstetten in the 2018 - 2019 season, the talented Forward has managed to score 15 league goals in this 2. Liga 2020 - 2021 campaign so far coming from a total of 24 appearances.

While we have made these predictions for SKU Amstetten v KSV 1919 for this match preview with the best of intentions, no profits are guaranteed. Always gamble responsibly, and with what you can afford to lose.