Lecce take on visiting rivals Reggiana at Stadio Ettore Giardiniero in this Serie B meeting on Saturday.

Our Lecce v Reggiana predictions, statistics and match poll can be seen below - plus the latest match odds.

Lecce will want to continue from where they left off last time out with a 1-5 Serie B triumph over Entella.

Matches featuring Lecce have often been absorbing affairs of late with high scoring being a real hallmark. Over their past half dozen games alone, a grand total of 23 goals have flown in for both sides combined (at an average of 3.83 goals per game) with 12 of them belonging to Giallorossi. That sort of trend might not be sustained into this next game, though.

Ahead of this clash, Lecce are unbeaten in their last 3 league matches at home.

Reggiana go into this encounter following a 2-1 Serie B win vs Venezia in their last game.

The stats don’t lie, and Reggiana have been scored against in 5 of their last 6 matches, letting opponents get 8 goals in total. In defence, I Granata have some weaknesses to address.

Lecce manager Eugenio Corini has no fitness concerns at all coming into this match with a completely healthy group available to select from.

We feel that Lecce should convert a lot of goal-scoring opportunities.

At the other end, Reggiana are also probably going to find it difficult to score a goal of their own but we do think it’s quite likely that they will be getting the chances to score, too.

We therefore think that it’s going to be a comfortable 3-1 victory for Lecce at full-time. 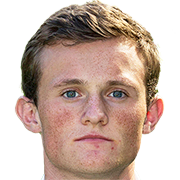 Generally played in the Centre Midfield position, Liam Henderson was born in Livingston, Scotland. After making a first senior appearance for Celtic in the 2013 - 2014 season, the goalscoring Midfielder has contributed 2 league goals in this Serie B 2020 - 2021 season to date coming from a total of 7 appearances.

While we have made these predictions for Lecce v Reggiana for this match preview with the best of intentions, no profits are guaranteed. Always gamble responsibly, and with what you can afford to lose. Best of luck with your selections.