The Serie A match at Dacia Arena on Wednesday sees home side Udinese lock horns with Lecce.

Full predictions, pre-match stats and user poll for Udinese v Lecce are shown on this page - as well as up-to-date odds.

Udinese will be looking for another win after the 0-1 Serie A success over Cagliari.

In that game, Udinese had 51% possession and 15 shots on goal with 6 on target. The only player to score for Udinese was Stefano Okaka (3'). At the other end, Cagliari got 16 shots at goal with 6 of them on target.

Luca Gotti's Udinese have celebrated scoring 8 times in their past 6 outings. At the other end, the tally of goals that have been scored against them in those games amounts to 6.

Looking at the pre-match facts, Udinese:

Following on from being defeated in their last game at the hands of Bologna in Serie A competition, Lecce will be aiming to make amends here.

In a total of 5 of the previous 6 games featuring Lecce, at least three goals have gone in. The average goals scored per match during that spell is 3.17, with the number of goals averaged by Giallorossi being 1.5. That aside, time will tell if such a trend will persist in this next match.

An examination of their past head to head clashes going back to 01/03/2009 shows that Udinese have won 5 of them and Lecce 1, with the number of draws being 0.

In all, 14 goals were yielded between them in this period, with 11 of them for Bianconeri Friuliani and 3 netted by Giallorossi. The average number of goals per game works out to 2.33.

The previous league encounter featuring the two was Serie A match day 18 on 06/01/2020 when it finished Lecce 0-1 Udinese.

That time, Lecce had 46% possession and 15 shots at goal with 4 on target.

We are of the inclination to think that Lecce and Udinese may well both score, with little between these two teams.

Little in this one, and it’s almost too close to call. With that in mind, we reckon that it will be a close game with a score draw at the conclusion of the game.

Both Teams to Score Prediction for Udinese vs Lecce
Yes 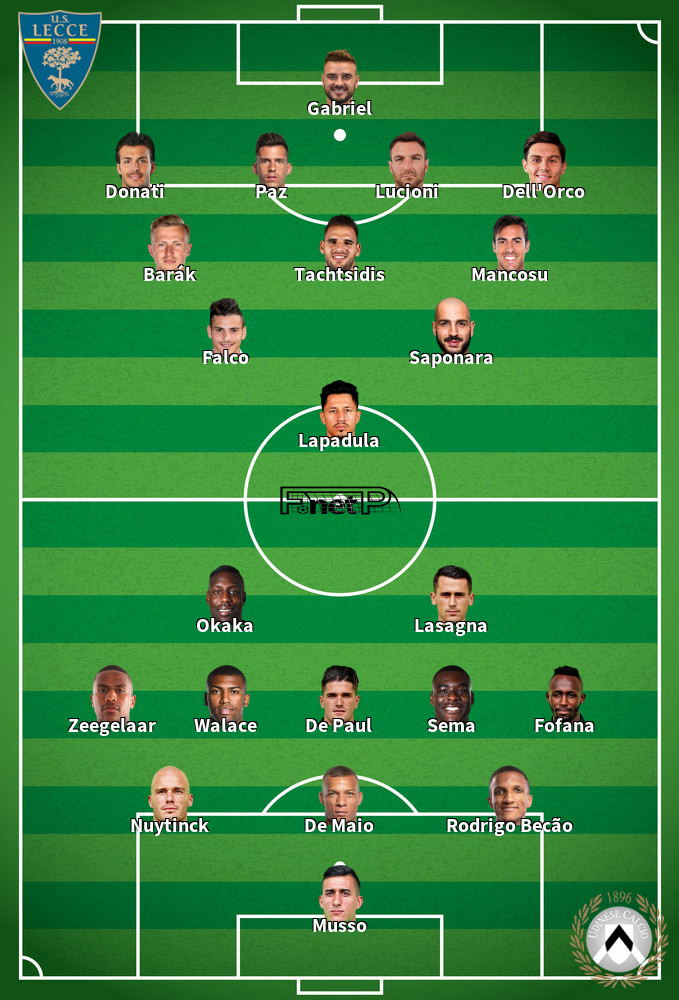 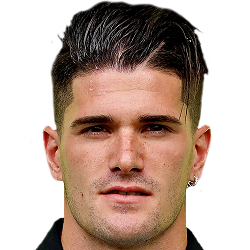 Usually playing in the Central Attacking Midfielder position, Rodrigo De Paul was born in Sarandí, Argentina. After having played his first senior match for Racing Club in the 2012 - 2013 season, the dangerous Midfielder has hit 7 league goals in this Serie A 2019 - 2020 campaign to date in 32 appearances.

We have made these Udinese v Lecce predictions for this match preview with the best intentions, but no profits are guaranteed. Please always gamble responsibly, only with money that you can afford to lose. Best of luck with your selections.