Return to this page a few days before the scheduled game when this expired prediction will be updated with our full preview and tips for the next match between these teams.
The Ekstraklasa tie at Stadion Miejski w Poznaniu on Wednesday will see home side Lech Poznań taking on opponents Pogon Szczecin. Scroll down to see all of the predictions, poll and statistics for Lech Poznań v Pogon Szczecin (plus the best game odds).

Lech Poznań will be looking for another win after a 0-2 Ekstraklasa triumph over Piast Gliwice. For Lech Poznań, the goalscorers were Jakub Moder (66') and Pedro Tiba (90').

In their prior six games, Dariusz Żuraw's Lech Poznań have seen rewards for their attempts on goal 13 times - an average number of goals scored per match equal to 2.17.

Heading into this contest, Lech Poznań have not lost a league tie with Pogon Szczecin in their previous 4 matches.

After suffering a loss in their previous game against Lechia Gdańsk in Ekstraklasa action, Pogon Szczecin and their fans will hope to get a better result this time. Kenny Saief (27') scored for Lechia Gdańsk.

The attacking players from Pogon Szczecin have had real problems scoring goals over their last 6 clashes, recording the disappointing return of only 2. In those fixtures, Pogoń have also seen the collective goal aggregate against them equal 9. Let’s find out whether or not that trend will be continued on here.

Looking at their past head-to-head meetings going back to 18/02/2018 shows that Lech Poznań have won 3 of these games and Pogon Szczecin 1, with the tally of draws being 2.

18 goals were shared by the two clubs throughout the course of those matches, with 11 from Kolejorz and 7 for Pogoń. That’s an average goals per game figure of 3.

The last league clash between these clubs was Ekstraklasa match day 29 on 09/06/2020 when the final score was Lech Poznań 4-0 Pogon Szczecin. The match was refereed by Łukasz Szczech.

Lech Poznań manager Dariusz Żuraw doesn’t have any fitness concerns to speak of before this clash with a completely injury-free squad to choose from.

We feel that in this game, Lech Poznań will more than likely get amongst the goals against Pogon Szczecin, who could well find it tough to score themselves. Therefore, we are anticipating a controlled 2-0 victory for Lech Poznań at the end of the match.

Over/Under 2.5 Goals Prediction for Lech Poznań vs Pogon Szczecin
Under 2.5 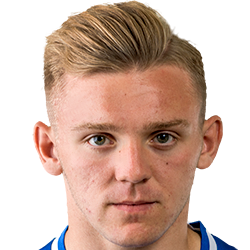 Mostly used in the Left Attacking Midfielder position, Kamil Jóźwiak was born in Poland. Having made a first senior appearance for Lech Poznań in the 2015 - 2016 season, the goalscoring Midfielder has hit 6 league goals in this Ekstraklasa 2019 - 2020 campaign to date coming from a total of 28 appearances.

While we have made these predictions for Lech Poznań v Pogon Szczecin for this match preview with the best of intentions, no profits are guaranteed. Always gamble responsibly, and with what you can afford to lose. We wish you the best of luck.