Wolves will visit Elland Road on Saturday for the Premier League meeting with home side Leeds United.

For all of our match predictions, pre-game poll and statistics for Leeds United v Wolverhampton Wanderers, scroll down - plus the latest betting odds.

Leeds United, buoyed by their previous result, will be hoping for more of the same after the 1-2 Premier League victory versus Brentford.

It has been all too rare in recent games where Leeds United have shown defensive steel. The reality is that Leeds United have been scored against in 5 of their previous 6 games, letting in 11 goals along the way.

Following on from a loss in their previous game against Liverpool in Premier League action, Wolves and their fans will hope to get a better result this time.

In that match, Wolverhampton Wanderers managed 37% possession and 7 attempts on goal with 5 of them on target. The only player on the scoresheet for Wolverhampton Wanderers was Pedro Neto (3'). Liverpool got 29 attempts on goal with 8 on target. Sadio Mané (24'), Mohamed Salah (84') and Andy Robertson (89') scored for Liverpool.

Demonstrating their bias toward productive matches, goals have been scored 20 times in the previous six matches in which Wolverhampton Wanderers have taken to the field, yielding a mean average of 3.33 goals for each clash. Their opponents have hit 15 of this grand total. That trend might not be continued into this match, however.

An examination of their past head-to-head meetings stretching back to 22/11/2017 shows us that Leeds United have won 1 of these games and Wolves 4, with the tally of drawn matches standing at 1.

In all, 17 goals were produced between them during those clashes, with 5 of them from The Whites and 12 belonging to Wolves. That is an average goals per game value of 2.83.

We feel that over the course of the game, Wolverhampton Wanderers may not find it easy to get anything against this Leeds United team who we think will likely get the win and a maybe even keep a clean sheet as well.

We therefore see a very competitive game with a 1-0 winning score for Leeds United at the end of the match. 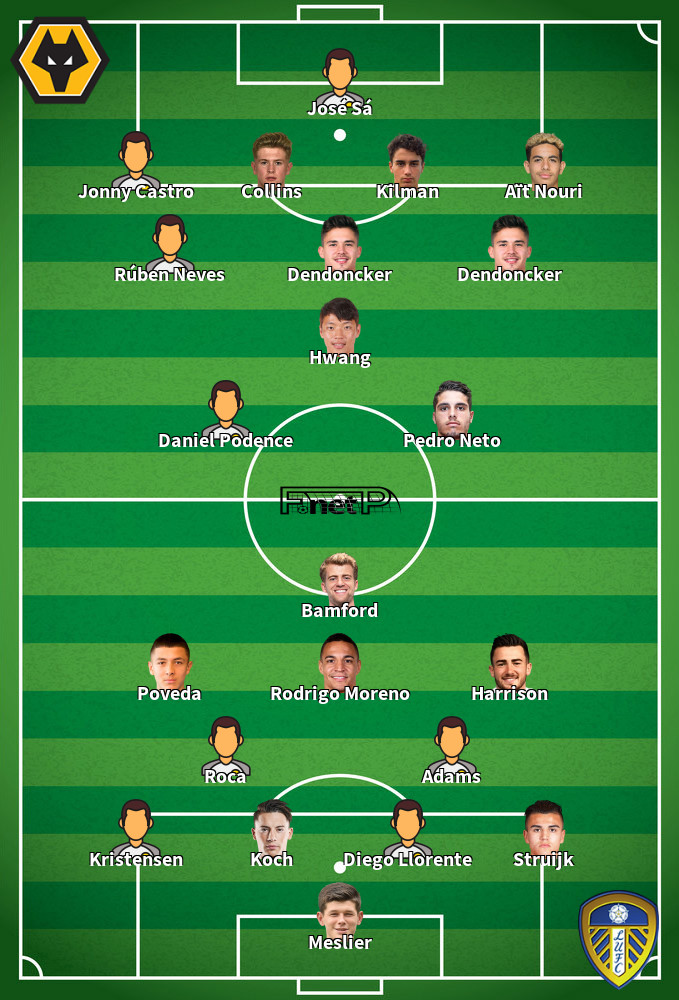 While we have made these predictions for Leeds United v Wolverhampton Wanderers for this match preview with the best of intentions, no profits are guaranteed. Always gamble responsibly, and with what you can afford to lose.