León will arrive at The Estadio Nemesio Díez on Sunday for the Liga MX (Clausura) showdown with hosts Toluca.

Our tips, poll and stats for Toluca v León can all be found here (including the best match odds).

Toluca will be looking for another win after the 1-2 Liga MX (Clausura) success versus CD Guadalajara.

In that game, Toluca had 54% possession and 13 shots at goal with 4 of them on target. For Toluca, the goals were scored by Valber Huerta (31' Own goal), Carlos González (60') and Marcel Ruiz (84'). On the other side, Guadalajara had 15 attempts on goal with 2 of them on target.

Matches featuring Toluca have often been entertaining encounters of late with a lot of goalmouth action anticipated. Over their past half dozen clashes, a total of 22 goals have flown in for both teams combined (at an average of 3.67 goals per game) with 9 of those accredited to Toluca.

Their previous form shows that Toluca:

Following on from being defeated in their last game at the hands of Universidad Nacional in Liga MX (Clausura) action, León and their fans will hope to get a better result this time.

In as many as 5 of the previous 6 clashes involving León, three or more goals have gone in. The overall average goals scored per game within that time is 3.33, with the number of goals averaged by León being 1.5. That pattern might not be carried forward into this match, of course.

Going into this game, the form guide shows that León:

If we look at their past head to head meetings going back to 08/11/2020, there has been little to separate the clubs with Toluca winning 1 of those games, León 1 and 4 being drawn in normal time.

A combined total of 20 goals were shared by the two clubs in these games, with 10 of them from Los Diablos Rojos and 10 for Los Esmeraldas. That’s an average goals per game figure of 3.33.

The last league clash between these clubs was Liga MX (Apertura) match day 5 on 27/07/2022 which ended up with the score at León 0-1 Toluca.

In that game, León had 40% possession and 13 shots on goal with 2 of them on target.

The referee was Guillermo Pacheco Larios.

The Toluca manager Ignacio Ambriz has no fitness worries at all before this match with a completely healthy group available for selection.

Thanks to a mainly available group of players, there’s only a single fitness problem for the León manager Nicolás Larcamón to be concerned with. Byron Castillo (Ankle Injury) won’t be playing here.

We’ve got the feeling that León may find it difficult to be putting a goal past this Toluca lineup who will likely emerge victorious.

With that in mind, we reckon that it will be a narrow 1-0 advantage for Toluca after 90 minutes. 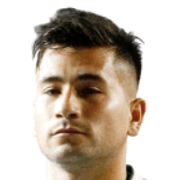 Mostly used in the Right Wing position, Jean Meneses was born in Quillota, Chile. Having made his senior debut playing for León in the 2018 - 2019 season, the goalscoring Forward has netted 7 league goals in the Liga MX (Apertura) 2022 - 2023 season to date coming from a total of 17 appearances.

We have made these Toluca v León predictions for this match preview with the best intentions, but no profits are guaranteed. Please always gamble responsibly, only with money that you can afford to lose. We wish you the best of luck.