Tranmere Rovers take on visiting side Leyton Orient at Prenton Park in this League Two fixture on Saturday.

Our Tranmere Rovers v Leyton Orient tips, poll and stats can be seen in full below including the latest game odds.

Tranmere Rovers go into this fixture following on from a 1-1 League Two draw against Walsall.

The only name on the scoresheet from Tranmere Rovers was Josh Hawkes (78'). Danny Johnson (72') was the scorer for Walsall.

It’s been seldom in recent times where Tranmere Rovers have shown defensive steel. It will be a concern for them that Tranmere Rovers have been scored against in 5 of their previous 6 games, letting in 7 goals in the process. That kind of pattern isn’t assured to be carried forward into this match, though.

After tasting defeat last time out to Stevenage in League Two competition, Leyton Orient will be hoping to turn things around here.

A tendency of at least one team not scoring a goal in games involving Leyton Orient has been noticeable recently. A glance at their last six outings shows that it’s happened 6 times. In those clashes, opposing sides have managed a goal tally of 4 and Leyton Orient have scored 1.

Ahead of this clash, Leyton Orient have not won away from home in their last 3 league games.

A review of their past head-to-head meetings going back to 10/02/2018 shows that Tranmere Rovers have won 3 of these games and Leyton Orient 2, with the number of drawn games standing at 1.

In all, 11 goals were scored between the two sides in this period, with 6 of them from Super White Army and 5 being from The O's. That is an average goals per game value of 1.83.

The previous league contest between these sides was League Two match day 7 on 03/09/2022 when the final score was Leyton Orient 2-0 Tranmere Rovers.

The Tranmere Rovers boss Micky Mellon doesn’t have any fitness worries to speak of coming into this match thanks to a fully healthy squad to choose from.

Due to a completely healthy squad available to choose from, the Leyton Orient manager Richie Wellens has no fitness concerns to speak of coming into this clash.

It’s looking like Leyton Orient and Tranmere Rovers could well end up finding themselves level here, with both teams capable of netting.

It appears that a draw might be on the cards. That’s why our selection here is for a very even match with a 1-1 draw at full-time. 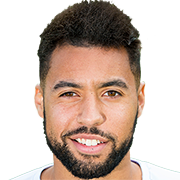 Mostly deployed in the Striker position, Kane Hemmings was born in Burton upon Trent, England. After making a first senior appearance for Rangers in the 2011 - 2012 season, the skilful Forward has struck 7 league goals in this League Two 2022 - 2023 campaign to date coming from a total of 26 appearances.

While we have made these predictions for Tranmere Rovers v Leyton Orient for this match preview with the best of intentions, no profits are guaranteed. Always gamble responsibly, and with what you can afford to lose. Good luck!