Scroll down to see all of the predictions, poll and statistics for Lokomotiv Plovdiv v Lokomotiv Sofia - as well as the best betting odds.

After being beaten in their last game against Beroe Stara Zagora in First League action, Lokomotiv Sofia and their fans will hope to get a better result this time.

The strike force from Lokomotiv Sofia have made hard work of scoring goals over their last six clashes, recording the unsatisfactory return of just 4. In those matches, The Railwaymen have also seen the overall goal aggregate of opposing teams equal 9. While that may be of interest, time will tell if the trend will continue on here in this game or not.

Ahead of this meeting, Lokomotiv Sofia haven’t won away from home in the past 7 league games.

If we look at their past head to head meetings stretching back to 02/03/2013, neither club has come out on top overall with Lokomotiv Plovdiv winning 3 of those games, Lokomotiv Sofia 3 and 0 being draws after 90 minutes of play.

A combined sum of 16 goals were produced between them in these games, with 7 from Smarfovete and 9 created by The Railwaymen. The average number of goals per game works out to 2.67.

The Lokomotiv Plovdiv manager Aleksandar Tunchev has zero fitness worries to speak of ahead of this game thanks to a fully healthy group ready to go.

Due to a fully healthy squad ready to go, the Lokomotiv Sofia boss Ivan Kolev doesn’t have any fitness concerns to report before this game.

It looks to us that Lokomotiv Plovdiv will, in all likelihood, dominate on the ball and be rewarded with decent chances.

At the other end, Lokomotiv Sofia will be up against it to make a breakthrough - but, we do see them converting at least once here, too. 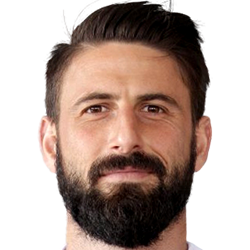 Normally deployed in the Central Attacking Midfielder position, Dimitar Iliev was born in Plovdiv, Bulgaria. Having made a first senior appearance for Lokomotiv Plovdiv in the 2004 - 2005 season, the skilful Midfielder has scored a sum of 5 league goals in this First League 2021 - 2022 campaign so far from a total of 14 appearances.

We have made these Lokomotiv Plovdiv v Lokomotiv Sofia predictions for this match preview with the best intentions, but no profits are guaranteed. Please always gamble responsibly, only with money that you can afford to lose. Best of luck.