The Championship match at The City Ground on Tuesday will see hosts Nottingham Forest lock horns with Luton Town.

For all of our match predictions, pre-game poll and statistics for Nottingham Forest v Luton Town, scroll down - as well as up-to-date odds.

After a loss in their previous game against Queens Park Rangers in Championship competition, Luton Town will be aiming to make amends here.

The numbers tell their own story, and Luton Town have been scored against in 5 of their last 6 games, conceding 8 goals in all. Defensively, Luton Town have been far from perfect. Historical results aside, time will tell if that pattern might be maintained in this game.

Heading into this contest, Luton Town are without a win away from home in their last 3 league games.

A glance at their prior head to head clashes going back to 27/10/2007 shows us that Nottingham Forest have won 3 of them and Luton Town 2, with the tally of drawn matches being 1.

A combined total of 14 goals were produced between them in these games, with 8 from The Reds and 6 created by The Hatters. The average goals per game has been 2.33.

The last league encounter between the two was Championship match day 34 on 02/03/2021 and the score finished Nottingham Forest 0-1 Luton Town.

In that game, Nottingham Forest managed 60% possession and 19 attempts on goal with 4 on target.

Luton Town got 9 attempts on goal with 3 of them on target. Ryan Tunnicliffe (64') was the scorer.

The Nottingham Forest manager Steve Cooper doesn’t have any fitness concerns to speak of before this game thanks to a fully healthy squad available to select from.

Thanks to a fully injury-free squad available to choose from, the Luton Town boss Nathan Jones does not have any fitness worries to speak of ahead of this clash.

Our thinking is that Luton Town will need to push hard to break down this Nottingham Forest team who we reckon should score & stay on top.

With that in mind, we reckon that it will be a very competitive encounter with a 1-0 victory for Nottingham Forest when all is said and done. 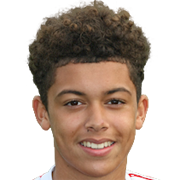 Normally deployed in the Right Wing position, Brennan Johnson was born in England. Having made his senior debut playing for Nottingham Forest in the 2019 - 2020 season, the accomplished Forward has struck 3 league goals in the Championship 2021 - 2022 campaign to date coming from a total of 17 appearances.

While we have made these predictions for Nottingham Forest v Luton Town for this match preview with the best of intentions, no profits are guaranteed. Always gamble responsibly, and with what you can afford to lose. Good luck with your selections.