This Macarthur FC v Melbourne Victory live stream video is set to be broadcast on 13/05/2021. Soccer fans can watch this match on a live streaming service should the game be included in the schedule mentioned above. Here we give useful info for watching this A-League match including the most recent guide to form, h2h clashes and our match tips.

In order to view this game using alternative methods, search for TV channel listings for your local region. Such broadcasting rights are typically allocated on a per-competition/league or even per-match basis. For matches shown live on regional television programmes, check the listings on stations like BT Sport, Amazon Prime Video, Sky Sports, Now TV, iTV, Canal+, Fox Soccer, ESPN relevant to your location.

Where the abovementioned broadcaster does broadcast a Macarthur FC v Melbourne Victory football live streaming coverage, you can see the game on mobile devices (iPhone, Android including Sony Xperia) and computer as well as tablet (eg iPad, Acer ACTAB).

After the match finishes, we might also provide a link to match highlights from time to time. We are not responsible for the transmission of any game video content linked to from this site. All legal issues must be dealt with via the hosters/owners of such content.

All Macarthur FC v Melbourne Victory game predictions, stats and user poll are shown below - plus the latest betting odds.

Macarthur FC, buoyed by their previous result, will be hoping for more of the same after a 1-2 A-League triumph versus Melbourne Victory.

Macarthur have been finding it hard to keep clean sheets of late, but they’ve also done enough to hit the back of the net themselves. Looking at their last 6 games, Macarthur have seen their goal breached in 5 of them while also managing to get on the scoresheet in 5 of those matches.

Leading up to this clash, Macarthur FC:

Since suffering a loss in their previous game against Perth Glory in A-League competition, Melbourne Victory and their travelling fans will hope for a better result here.

Showing their partiality to high-scoring encounters, the back of the net has been hit 25 times in the previous six matches in which Melbourne Victory have taken to the field, making it a mean average of 4.17 goals for each fixture. Their opponents have managed 17 of this grand total. Regardless, it remains to be seen if the trend will be replicated in this next match.

Going into this encounter, Melbourne Victory haven’t won away from home in the past 3 league games.

The previous league match featuring these clubs was A-League match day 20 on 06/05/2021 and the score finished Melbourne Victory 1-2 Macarthur FC.

In that match, Melbourne Victory managed 40% possession and 21 shots at goal with 6 of them on target. The scorer was Elvis Kamsoba (23').

On the other side, Macarthur FC had 6 shots at goal with 3 of them on target. Markel Susaeta (31') and James Meredith (69') scored.

Macarthur FC boss Ante Miličić has a full complement, with no fitness concerns whatsoever coming into this game with a fully healthy squad available for selection.

Thanks to a fully injury-free squad available to select from, Melbourne Victory boss Steve Kean has no fitness concerns to report coming into this game.

In this match, Melbourne Victory will manage to score a goal against this Macarthur FC team, but it isn’t expected to prevent them from conceding a couple at the other end.

We’re going for both teams to score in a 2-1 win for Macarthur FC after 90 minutes. Should be a good one. 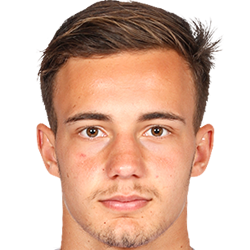 Normally taking up the Centre Midfield position, Denis Genreau was born in Paris, France. After making a first senior appearance for Melbourne City in the 2016 - 2017 season, the accomplished Midfielder has managed to score 2 league goals in this A-League 2020 - 2021 season to date in a total of 20 appearances.

While we have made these predictions for Macarthur FC v Melbourne Victory for this match preview with the best of intentions, no profits are guaranteed. Always gamble responsibly, and with what you can afford to lose. Best of luck.

⚽️ Where can I see the odds for other A-League games?

View all of our next (and previous) A-League predictions & previews here.