Magdeburg make the trip to GGZ-Arena on Saturday for the 3rd Liga meeting with home side Zwickau.

To see all of our predictions, user poll & stats for Zwickau v Magdeburg, scroll down (including the best match odds).

Zwickau fans will want a repeat of their previous result, being the 2-0 3rd Liga triumph over Havelse.

For Zwickau, the scorers were Dominik Baumann (49') and Marco Schikora (57').

In their last 6 fixtures, Joe Enochs's Zwickau have scored 9 times, an average number of goals per match of 1.5.

Magdeburg will go into the encounter following on from a 2-0 3rd Liga win with the downing of Verl in their last fixture.

During their 6 previous matches, Christian Titz's Magdeburg have seen their efforts on goal rewarded 12 times thus earning them the goals per game average of 2.

A look at their prior head to head clashes dating back to 15/09/2017 shows us that Zwickau have won 2 of them & Magdeburg 1, with the tally of drawn games being 3.

A sum of 12 goals were yielded between them in this period, with 7 for Zwickau and 5 created by Magdeburg. That’s an average goals per game of 2.

The previous league encounter between the two was 3rd Liga match day 32 on 17/04/2021 which finished with the scoreline of Magdeburg 0-0 Zwickau.

The referee was Patrick Glaser.

The Zwickau boss Joe Enochs has zero fitness concerns at all coming into this clash owing to a fully injury-free squad available to select from.

Thanks to a completely injury-free group to choose from, the Magdeburg boss Christian Titz doesn’t have any fitness concerns to report coming into this match.

Our feeling is that Zwickau will have a tough ask to find the net against this Magdeburg side who we think should get a goal themselves and run out victorious.

We’re therefore seeing a highly competitive game with a 0-1 advantage for Magdeburg at the end of the 90. 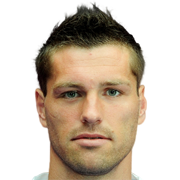 Generally deployed in the Striker position, Ronny König was born in Lichtenstein, Liechtenstein. After making a first senior appearance for Wehen Wiesbaden in the 2007 - 2008 season, the goalscoring Forward has scored 4 league goals in the 3. Liga 2021 - 2022 campaign to date from a total of 14 appearances.

While we have made these predictions for Zwickau v Magdeburg for this match preview with the best of intentions, no profits are guaranteed. Always gamble responsibly, and with what you can afford to lose. Good luck with your selections.