Malmö are the guests at Jämtkraft Arena on Saturday for the Allsvenskan clash with hosts Östersunds FK.

Our Östersunds FK v Malmö FF predictions, statistics and match poll can be seen below - along with the latest match odds.

Östersunds FK go into this game after a 1-1 Allsvenskan draw against Halmstads BK.

Östersunds FK have really struggled up front in more recent games. Their sum of goals stands at just 4 against opposition teams during the course of their previous six outings. In those games, Östersunds FK have also seen the tally of goals that have gone against them come to 11.

Heading into this contest, Östersunds FK are winless against Malmö FF in their previous 9 matches in the league.

Malmö will come into the game after a 5-1 Svenska Cupen win in the defeat of Onsala BK in their most recent match.

Proving their bias toward productive encounters, goals have been seen as many as 20 times in the prior six games in which Malmö FF have taken to the field, yielding a mean average of 3.33 goals each meeting. Their opponents have managed 8 of these goals. That sort of pattern won’t necessarily be carried forward here, though.

A study of their past head to head results going back to 15/09/2018 shows that these encounters have not been happy ones for Östersunds FK. They have not been able to come away with any victories at all whereas Malmö have just been stronger than them, beating them in 67 per cent of those matches.

A combined sum of 16 goals were yielded between them throughout the course of those matches, with 4 of them from Östersunds and 12 netted by Himmelsblått. That’s an average goals per game figure of 2.67.

We envisage that Östersunds FK should be able to find the back of the net against this Malmö FF side, but one goal possibly won’t quite prevent defeat.

Therefore, we think that it’s going to be a very close game with a 1-2 win for Malmö FF at full-time. There shouldn’t be much in it, either way. 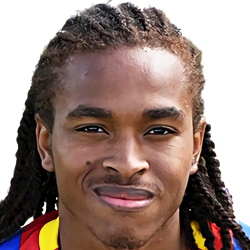 Mostly played in the Striker position, Francis Jno-Baptiste was born in England. Having made his senior debut playing for Östersunds FK in the 2019 season, the goalscoring Forward has managed to score 2 league goals in this Allsvenskan 2021 campaign to date in a total of 11 appearances.

While we have made these predictions for Östersunds FK v Malmö FF for this match preview with the best of intentions, no profits are guaranteed. Always gamble responsibly, and with what you can afford to lose. Good luck with your selections.