Taking a look at their past results, Forest Green Rovers:

Going into this one, Mansfield Town haven't lost in the league to Forest Green Rovers in their last 3 games. 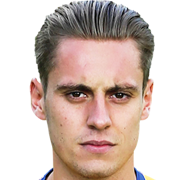 Mostly taking up the Striker position, Danny Rose was born in Barnsley, England. Having made a first senior appearance for Barnsley in the 2010 - 2011 season, the accomplished Forward has contributed 7 league goals in the League Two 2019 - 2020 campaign to date in 21 appearances.

We have made these Mansfield Town v Forest Green Rovers predictions for this match preview with the best intentions, but no profits are guaranteed. Please always gamble responsibly, only with money that you can afford to lose. Good luck if you do place a bet today.