Return to this page a few days before the scheduled game when this expired prediction will be updated with our full preview and tips for the next match between these teams.
Full-Time Result Prediction
👉
Vizela to Win

The Primeira Liga match at Estádio do FC Vizela on Sunday will see home side Vizela play opponents Marítimo.

Our tips, poll and stats for Vizela v Marítimo can all be found here - along with the latest match odds.

Vizela won’t want a repeat of their last result here following a 4-2 Primeira Liga loss in their previous game against Porto.

It’s been seldom in recent games that Vizela have kept a clean sheet. It will be a concern for them that Vizela have failed to prevent opponents from scoring in 6 of their previous 6 matches, shipping 9 goals during that time.

Since tasting defeat last time out to Benfica in Primeira Liga action, Marítimo and their travelling supporters will be hoping that they can get a better result in this one.

Looking at their form, and Marítimo have been scored against in 5 of their last 6 games, with opponents netting 9 goals in all. Defensively, Marítimo have not been doing too well. That sort of trend isn’t assured to be carried forward here, of course.

The last league clash between the two was Primeira Liga match day 16 on 28/12/2021 when the final score was Marítimo 2-0 Vizela.

That time, Marítimo managed 59% possession and 11 shots on goal with 5 of them on target. The goalscorers were Joel Tagueu (54') and Rafik Guitane (72').

On the other side, Vizela had 7 shots at goal with 1 of them on target.

The referee was Hugo Silva.

The Vizela boss Álvaro Pacheco will be grateful to have no fitness concerns at all before this game thanks to a completely healthy squad available to choose from.

We’ve got the feeling that Marítimo will need to put in a solid display to break down this Vizela outfit who will likely do enough to score at the other end and edge ahead.

We’re going for a very competitive game with a 1-0 victory for Vizela when all is said and done. 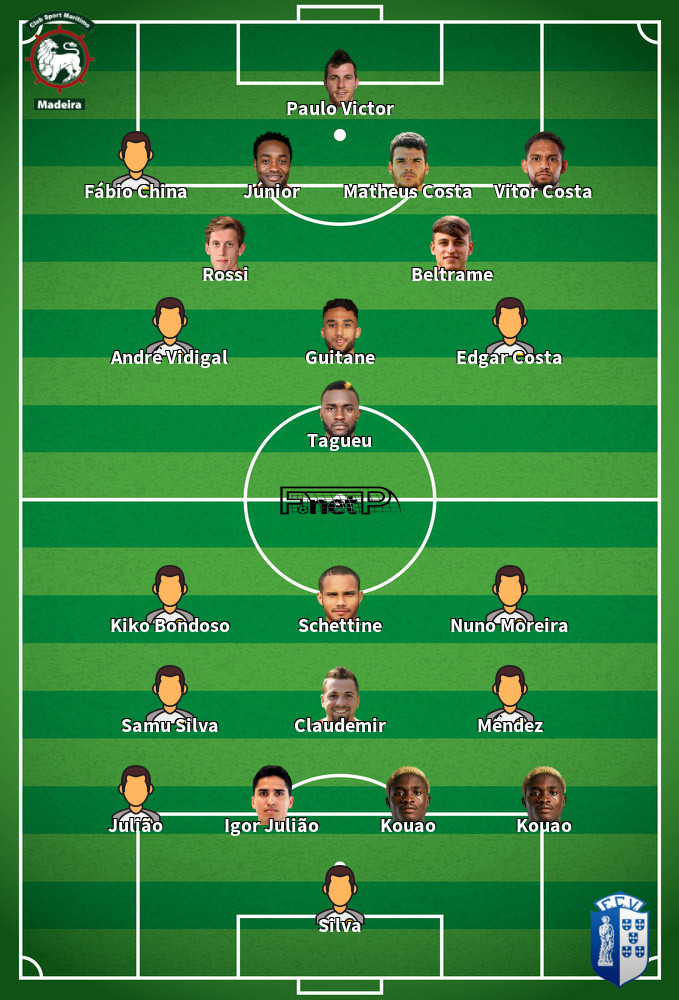 Regularly taking to the field in the Right Wing position, Kiko Bondoso was born in Portugal. Having made his senior debut playing for Vizela in the 2021 - 2022 season, the goalscoring Forward has got 5 league goals in the Liga Portugal 2021 - 2022 season so far in a total of 32 appearances.

While we have made these predictions for Vizela v Marítimo for this match preview with the best of intentions, no profits are guaranteed. Always gamble responsibly, and with what you can afford to lose. Good luck!