The League One fixture at Mazuma Stadium on Tuesday sees hosts Morecambe take to the field against Wigan.

All of our predictions, stats and the user poll for Morecambe v Wigan Athletic are shown below (including the best match odds).

Morecambe prepare for this fixture following on from a 0-0 League One drawn result against AFC Wimbledon.

Over their prior 6 fixtures, Stephen Robinson's Morecambe have hit the target a total of 6 times, an average number of goals per match equal to 1.

Going into this contest, Morecambe have not won at home in their last 2 league games.

Wigan go into this encounter following on from a 1-2 League One win versus Doncaster Rovers in their previous game.

For Wigan Athletic, the goalscorers were Max Power (11') and Will Keane (54'). Omar Bogle (60') was the scorer for Doncaster Rovers.

The numbers tell their own story, and Wigan have been scored against in 5 of their last 6 games, letting opponents get 7 goals in total. At the back, Wigan Athletic have not been doing too well.

Heading into this contest, Wigan Athletic are undefeated in their last 6 league matches away from home.

The Morecambe boss Stephen Robinson has no fitness worries at all before this match with a completely healthy squad available to select from.

Owing to an otherwise available group, there’s just the sole fitness worry for the Wigan gaffer Leam Richardson to be concerned with. Jordan Cousins (Thigh Problems) won’t be in action.

We believe that Morecambe will need things to go their way to hit the back of the net against this Wigan Athletic outfit who will likely be able to get on the scoresheet themselves in a winning performance.

With that in mind, we reckon that it will be a very competitive encounter with a 0-1 winning margin for Wigan Athletic at the end of this game. 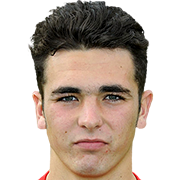 Customarily taking to the field in the Centre Midfield position, Adam Phillips was born in Garstang, England. Having made his senior debut playing for Cambridge United in the 2017 - 2018 season, the accomplished Midfielder has managed to score 5 league goals in this League One 2021 - 2022 campaign to date in 20 appearances.

We have made these Morecambe v Wigan Athletic predictions for this match preview with the best intentions, but no profits are guaranteed. Please always gamble responsibly, only with money that you can afford to lose. Good luck if you do place a bet today.