St Mirren meet visiting rivals Motherwell at The SMISA Stadium in this Premiership game on Saturday.

Our tips, poll and stats for St Mirren v Motherwell can all be found here including the latest game odds.

St Mirren prepare for this fixture following on from a 0-0 Scottish Cup drawn match against Dundee.

The game was won 3-0 by St Mirren on penalties.

St Mirren haven’t exactly had impressive attacking statistics of late. Their ‘goals for’ figure equals just 2 versus opposition teams during the course of their last six matches. In those games, St Mirren have also seen the number of goals against them come to 7. Let’s find out whether or not that trend will be continued on into this next match.

Their prior results show that St Mirren:

Motherwell will go into this encounter after a 0-2 Scottish Cup win as they beat Arbroath in their most recent outing.

Taking a look at their past results, Motherwell:

Inspecting their prior head to head meetings dating back to 24/02/2021 tells us that St Mirren have won 0 of them & Motherwell 3, with the tally of drawn matches being 3.

14 goals were produced between them in these games, with 5 of them for The Buddies and 9 coming from The Steelmen. The average number of goals per game works out to 2.33.

The St Mirren boss Stephen Robinson has a full complement, with no fitness concerns to speak of ahead of this clash thanks to a completely injury-free squad to choose from.

Owing to an otherwise available group, there’s just the sole fitness worry for the Motherwell gaffer Steven Hammell to be concerned with. Jake Carroll (Knee Surgery) misses out for this game.

In our view, Motherwell and St Mirren should both be able to score here although it’s hard to pick a clear winner.

There should be little in it, and a draw looks to be quite a realistic result. Therefore, we predict a hard-fought 1-1 draw after 90 minutes. 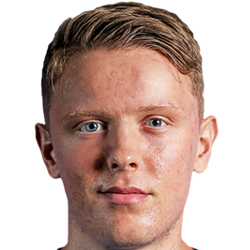 Normally playing in the Centre Midfield position, Mark O'Hara was born in Barrhead, Scotland. Having made his senior debut playing for Kilmarnock in the 2012 - 2013 season, the accomplished Midfielder has managed to score 4 league goals in this Premiership 2022 - 2023 season to date in 18 appearances.

While we have made these predictions for St Mirren v Motherwell for this match preview with the best of intentions, no profits are guaranteed. Always gamble responsibly, and with what you can afford to lose. Good luck with your selections.