Odense BK will be facing visiting rivals SønderjyskE at Nature Energy Park in the Superliga tie on Sunday.

All of our predictions, stats and the user poll for Odense BK v SønderjyskE are shown below - plus the latest match odds.

Odense BK enter this game after a 1-1 Superliga draw against SønderjyskE.

Their latest results reveal that it has been a great time for the Odense BK backline. Odense BK have given the opposition little, seeing the tally of goals that have gone past their goalkeeper over the course of their past six games standing at 4.

Looking at their past form shows that Odense BK:

The numbers tell their own story, and SønderjyskE have been scored against in 5 of their last 6 games, conceding 8 goals overall. Defensively, SønderjyskE certainly have room for improvement. We will have to find out if that trend will end up being sustained in this game.

Their previous form shows that SønderjyskE:

An examination of their most recent head to head meetings going back to 02/05/2021 shows that Odense BK have won 3 of these and SønderjyskE 1, with the tally of drawn results being 2.

A total of 19 goals were scored between them in these games, with 11 for De Stribede and 8 netted by SønderjyskE. The average number of goals per game works out to 3.17.

The last league match featuring the two was Superliga match day 9 on 15/05/2022 which ended up with the score at Odense BK 1-1 SønderjyskE.

For their opponents, SønderjyskE had 7 shots on goal with 2 of them on target. Emil Frederiksen (3') was the scorer.

The Odense BK boss Andreas Alm has no fitness worries at all ahead of this clash with a fully healthy squad available to choose from.

With a completely healthy squad available for selection, the SønderjyskE manager Henrik Hansen doesn’t have any fitness worries at all coming into this game.

In our view, Odense BK are likely to dominate on the ball and be rewarded with decent chances.

In contrast, SønderjyskE will be up against it to get shooting opportunities but do we see them scoring.

We’re tipping a decent 3-1 margin for Odense BK at the conclusion of the game. 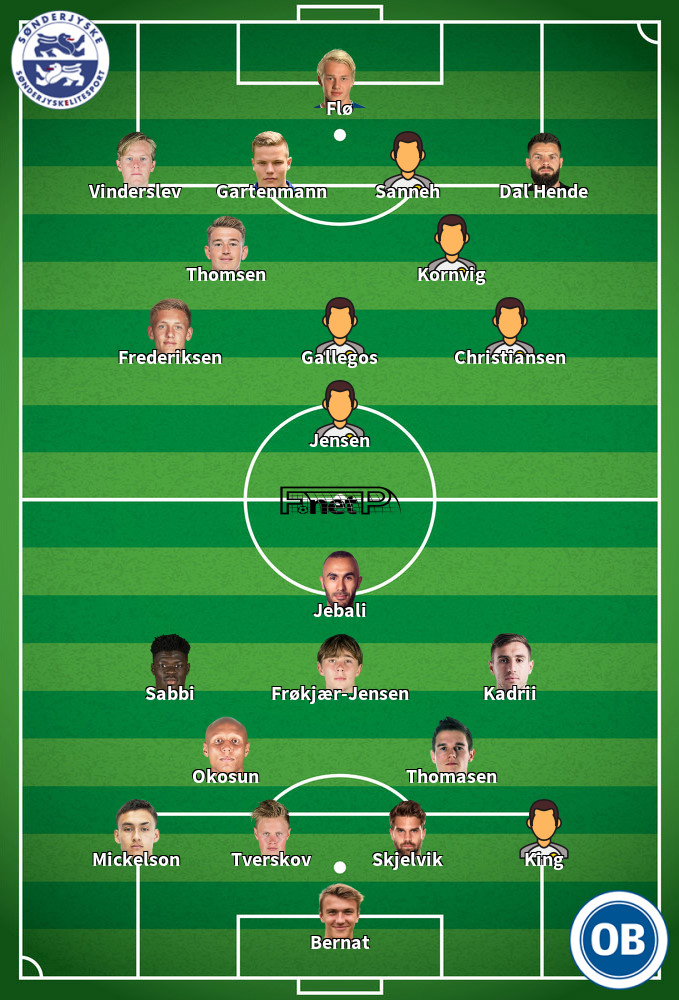 Typically taking up the Striker position, Max Fenger was born in Denmark. After having made a senior debut playing for Odense BK in the 2019 - 2020 season, the gifted Forward has hit 6 league goals in the Superliga 2021 - 2022 season so far in 29 appearances.

We have made these Odense BK v SønderjyskE predictions for this match preview with the best intentions, but no profits are guaranteed. Please always gamble responsibly, only with money that you can afford to lose.