Our predictions, user poll and statistics for OFI Crete v Panetolikos can be found here - as well as the best betting odds.

OFI Crete prepare for this game following on from a 0-0 Super League drawn result vs Panetolikos.

It’s been seldom in recent games where OFI Crete haven’t conceded. The facts show that OFI Crete have seen their defence breached in 5 of their previous 6 games, leaking 9 goals along the way.

Throughout their six most recent matches, Yannis Anastasiou's Panetolikos have fired home 5 times - earning them a goals scored per game average of 0.83.

A look at their past head-to-head clashes going back to 22/12/2019 shows us that OFI Crete have won 1 of these and Panetolikos 3, with the tally of drawn games being 2.

A sum of 20 goals were shared by the two clubs in this period, with 8 of them for Omilos and 12 for The Canaries. That’s an average goals per game of 3.33.

The previous league fixture between the two was Super League match day 19 on 22/01/2022 which finished with the scoreline of OFI Crete 2-4 Panetolikos.

The referee was Anastasios Sidiropoulos.

The OFI Crete manager Nikos Nioplias will be happy not to have any fitness worries at all before this match with a fully healthy group ready to go.

In an otherwise available group, there is just the sole fitness worry for the Panetolikos gaffer Yannis Anastasiou to be concerned with. Alexandros Malis (Achilles tendon rupture) won’t be playing here.

We’re of the opinion that Panetolikos have the capability to get a goal against this OFI Crete side, however that probably shouldn’t be as many as they’ll concede.

Our tip is for a narrow 2-1 winning margin for OFI Crete after the 90. Looking forward to seeing how this one unfolds. 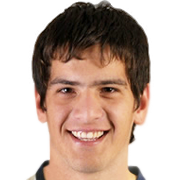 Mostly deployed in the Centre Midfield position, Juan Neira was born in La Plata, Argentina. After having made a senior debut playing for Gimna ' Plata in the 2006 - 2007 season, the goalscoring Midfielder has scored a sum of 6 league goals in the Super League 2021 - 2022 campaign so far from a total of 21 appearances.

While we have made these predictions for OFI Crete v Panetolikos for this match preview with the best of intentions, no profits are guaranteed. Always gamble responsibly, and with what you can afford to lose. Good luck if you do place a bet today.