Wisla Plock will do battle with guests Piast Gliwice at Stadion im. Kazimierza Górskiego in this Ekstraklasa meeting on Saturday.

Scroll down to see all of the predictions, poll and statistics for Wisla Plock v Piast Gliwice - as well as up-to-date odds.

Wisla Plock prepare for this match coming off the back of a 0-0 Ekstraklasa draw versus Śląsk Wrocław.

In that game, Wisla Plock had 51% possession and 10 attempts on goal with 5 on target. On the other side, Śląsk Wrocław got 9 attempts at goal with 3 of them on target.

Fixtures featuring Wisla Plock have often been entertaining ones of late with high scoring being a real hallmark. Over their past six games, a grand total of 21 goals have flown in for both teams combined (at an average of 3.5 goals per game) with 7 of these coming from Wisła Płock. We shall soon see whether or not that trend can be continued on in this game.

Piast Gliwice will go into the encounter following on from a 2-0 Ekstraklasa win with the downing of Cracovia in their previous match.

In 5 of the prior 6 clashes featuring Piast Gliwice, a notably low volume of goals have gone in between them and opposing sides. The overall average number of goals per game within that spell comes out as a paltry 1.17, with the number of goals averaged by Gliwice standing at 0.83.

Coming into this meeting, Piast Gliwice haven't been defeated in their previous 7 away league matches.

Looking at the statistics for their head to head duels dating back to 02/04/2018, there is nothing to separate the two clubs with Wisla Plock winning 2 of those games, Piast Gliwice 2 and 2 being draws in regulation time.

A sum of 12 goals were shared by the two clubs throughout the course of those matches, with 6 of them from Wisła Płock and 6 netted by Gliwice. That is an average goals per game value of 2.

The previous league match between the two was Ekstraklasa match day 8 on 23/10/2020 when the final score was Piast Gliwice 2-2 Wisla Plock.

The match was refereed by Zbigniew Dobrynin.

Almost everyone can be considered, as there’s just the lone fitness concern for the Wisla Plock boss Radosław Sobolewski to contend with thanks to an otherwise robust group. Piotr Pyrdol (Fibula Fracture) misses out.

Thanks to a fully injury-free group available to choose from, Piast Gliwice boss Waldemar Fornalik does not have any fitness concerns whatsoever before this game.

In our view, Piast Gliwice and Wisla Plock should both be able to find the back of the net here although it’s difficult to select a clear winner.

It could well end in a draw. We’re therefore predicting a tight encounter with a score draw at the end of this game. 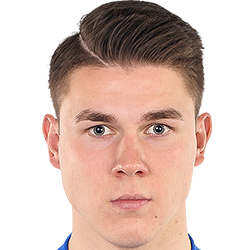 Mostly deployed in the Central Defensive Midfielder position, Damian Rasak was born in Toruń, Poland. After having played his first senior match for Wisla Plock in the 2017 - 2018 season, the skilful Midfielder has struck 3 league goals in this Ekstraklasa 2020 - 2021 season so far in a total of 21 appearances.

We have made these Wisla Plock v Piast Gliwice predictions for this match preview with the best intentions, but no profits are guaranteed. Please always gamble responsibly, only with money that you can afford to lose. Good luck if you do place a bet today.