Our tips, poll and stats for Ponferradina v Tenerife can all be found here - plus the latest match odds.

Ponferradina will be looking for a repeat result of a 0-1 La Liga 2 victory versus Albacete.

It has been a rare occasion in recent games where Ponferradina have managed to hold out for a full 90 minutes. It will be a concern for them that Ponferradina have seen their defence breached in 5 of their previous 6 matches, leaking 9 goals along the way. Still, we’ll just have to find out whether the trend shall be replicated in this upcoming game or not.

Tenerife head into the match after a 3-1 La Liga 2 win to defeat Málaga in their previous fixture.

The stats tell the story, and Tenerife have been scored against in 5 of their last 6 matches, seeing opposing sides hit 7 goals in total. At the back, Tenerife can certainly do much better.

Heading into this contest, Tenerife haven’t won away from home in the past 4 league matches.

Inspecting their prior head to head clashes dating back to 01/09/2019 shows that Ponferradina have won 2 of these & Tenerife 4, with the tally of drawn matches being 0.

An aggregate of 12 goals were yielded between them in this period, with 6 of them for La Ponfe and 6 coming from Tenerife. That’s an average goals per game of 2.

The last league match between the two was La Liga 2 match day 25 on 30/01/2022 which finished with the scoreline of Ponferradina 1-2 Tenerife.

That day, Ponferradina managed 54% possession and 11 attempts on goal with 6 on target. The scorer was Yuri de Souza (42').

On the other side, Tenerife had 10 attempts at goal with 4 of them on target. Elady Zorrilla (71') and Enric Gallego (78') scored.

The Ponferradina boss José Gomes will be grateful not to have any fitness concerns to speak of ahead of this clash with a completely healthy squad available for selection.

We’re inclined to think that Tenerife and Ponferradina may well both score, with little between these two teams.

A draw looks like a realistic possibility, but we’ll see what happens. We therefore see a close game with a 1-1 scoreline when the full-time whistle blows. 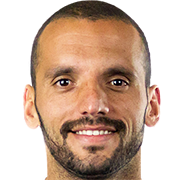 Regularly deployed in the Striker position, Yuri de Souza was born in Maceto, Brazil. Having made a first senior appearance for Maia in the 2001 - 2002 season, the talented Forward has scored a sum of 2 league goals in the LaLiga2 2022 - 2023 campaign so far in 4 appearances.

We have made these Ponferradina v Tenerife predictions for this match preview with the best intentions, but no profits are guaranteed. Please always gamble responsibly, only with money that you can afford to lose. Good luck!