The Primeira Liga meeting at Estadio Municipal de Portimão on Monday sees home side Portimonense fighting it out with Vitória Guimarães.

All Portimonense v Vitória Guimarães game predictions, stats and user poll are shown below including the latest game odds.

Portimonense will be looking for an improved result here following a 1-2 Primeira Liga loss in their previous game against Marítimo.

In that match, Portimonense had 63% possession and 18 shots at goal with 4 on target. The scorer for Portimonense was Fabrício Messias (68'). Marítimo had 17 attempts on goal with 8 on target. Rafik Guitane (45') and Joel Tagueu (91') scored for Marítimo.

Over their prior six fixtures, Paulo Sérgio's Portimonense have found the net 8 times giving them an average number of goals per match of 1.33.

Their past results show that Portimonense:

After being defeated in their last game at the hands of Gil Vicente in Primeira Liga action, Vitória Guimarães will be hoping to turn things around here.

Heading into this contest, Vitória Guimarães haven’t won away from home in the past 2 league matches.

A glance at their past head-to-head meetings dating back to 16/02/2019 shows us that Portimonense have won 2 of these games and Vitória Guimarães 4, with the tally of drawn results standing at 0.

In all, 10 goals were scored between them throughout the course of those matches, with 4 of them for Portimonense and 6 belonging to Os Vimaranenses. That’s an average goals per game of 1.67.

The last league fixture featuring the two was Primeira Liga match day 1 on 08/08/2021 and the score finished Vitória Guimarães 0-1 Portimonense.

That day, Vitória Guimarães managed 55% possession and 18 attempts at goal with 3 on target.

Portimonense got 7 attempts on goal with 1 of them on target. Beto (86') was the scorer.

The referee was Fábio Melo.

Almost everyone can be considered, as there’s just the sole fitness concern for the Portimonense boss Paulo Sérgio to be concerned with from a near full-strength group of players. Achraf Lazaar (Fibula Fracture) will miss out.

Our assessment is that Vitória Guimarães and Portimonense could find scoring goals difficult here.

It’s looking like it could well end up as a draw. We’re therefore tipping a close game with a 0-0 score at full-time. 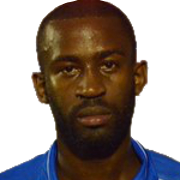 Regularly taking up the Central Attacking Midfielder position, Carlinhos was born in Camacan, Brazil. Having played his first senior match for Regensburg in the 2012 - 2013 season, the skilful Midfielder has bagged 2 league goals in this Liga Portugal 2021 - 2022 season so far in 16 appearances.

While we have made these predictions for Portimonense v Vitória Guimarães for this match preview with the best of intentions, no profits are guaranteed. Always gamble responsibly, and with what you can afford to lose. Good luck!