Reading journey to AESSEAL New York Stadium on Saturday for the Championship tie with home side Rotherham United.

Our tips, poll and stats for Rotherham United v Reading can all be found here - plus the latest match odds.

Rotherham United will be wanting a better result here following the 0-1 Championship defeat in their last game at the hands of Nottingham Forest.

It has been a rare occasion in recent games that Rotherham United have shown defensive steel. It will be a concern for them that The Millers have failed to prevent opponents from scoring in 5 of their previous 6 matches, letting in 6 goals in the process. Nevertheless, we’ll just have to find out if that pattern will be replicated in this match.

Taking a look at their past results, Rotherham United:

Following on from being beaten in their last game against Wycombe Wanderers in Championship action, Reading will be aiming to make amends here.

The strike force from Reading have failed to get amongst the goals over their previous 6 games, contributing the unsatisfactory return of just 4. In those matches, The Royals have also seen the overall goal tally of opposing teams equal 8.

Coming into this fixture, Reading remain undefeated by Rotherham United in games played away from home for the previous 3 league matches.

Delving into past results between these clubs stretching back to 23/02/2016 shows that these encounters have not been good ones for Rotherham United. They’ve not been able to come away with any wins at all while Reading have remained in the ascendancy, beating them in 67% of those match-ups.

12 goals were yielded between them during those clashes, with 3 of them from The Millers and 9 created by The Royals. The average goals per game has been 2.

The last league game featuring the two was Championship match day 7 on 24/10/2020 when it ended Reading 3-0 Rotherham United.

For their opponents, Rotherham United had 10 shots at goal with 1 of them on target.

Regarding absentees, there’s just the lone fitness concern for the Rotherham United manager Paul Warne to be concerned about from a near full-strength group. Chiedozie Ogbene (Knee Injury) won’t play.

Out of a mainly available group of players, there is only the lone fitness problem for the Reading manager Veljko Paunović to be concerned with. George Pușcaș (Surgery) won’t be in action.

Looking at these two teams, we feel that Reading and Rotherham United could end up without much reward for their efforts here.

It will be interesting to see how this one goes, and it’s not easy to pick a clear winner. With that in mind, we reckon that it will be a hard-fought 0-0 scoreline at the end of this one. 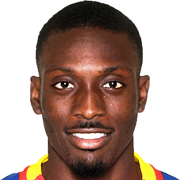 Mostly played in the Striker position, Freddie Ladapo was born in England. Having made a first senior appearance for Colchester United in the 2012 - 2013 season, the goalscoring Forward has hit 5 league goals in this Championship 2020 - 2021 campaign to date coming from a total of 26 appearances.

We have made these Rotherham United v Reading predictions for this match preview with the best intentions, but no profits are guaranteed. Please always gamble responsibly, only with money that you can afford to lose. Best of luck with your selections.