Return to this page a few days before the scheduled game when this expired prediction will be updated with our full preview and tips for the next match between these teams.
Full-Time Result Prediction
👉
Red Bull Salzburg to Win
Both Teams to Score Prediction
👉
Yes

It has been all too rare in recent games where TSV Hartberg have kept a clean sheet. The reality is that TSV Hartberg have seen their defence breached in 6 of their previous 6 matches, leaking 12 goals during that time.

Coming into this meeting, TSV Hartberg are undefeated in their previous 3 league matches at home.

Over the course of their previous 6 clashes, Red Bull Salzburg have bagged the sum of 13 goals. Red Bull Salzburg have also managed to score in every single one of those games. During that period, their defenders have seen 3 goals go against them. With no two games being the same, we will just have to wait and see whether that pattern might be sustained here in this game or not.

An inspection of their past head to head results stretching back to 07/06/2020 reveals that these fixtures have not been kind to TSV Hartberg. They’ve not been able to get any victories whatsoever while Red Bull Salzburg have just been too good for them, winning in 100 per cent of those ties.

There were also plenty of goals scored in those games, 24 in all at an average of 4 goals per meeting.

The previous league clash featuring these clubs was Bundesliga match day 17 on 04/12/2021 when it ended Red Bull Salzburg 2-1 TSV Hartberg.

On that day, Red Bull Salzburg managed 72% possession and 15 shots at goal with 6 on target. The goalscorers were Rasmus Kristensen (79') and Jérôme Onguéné (86').

For their opponents, TSV Hartberg had 3 shots at goal with 1 of them on target. Noel Niemann (10') was the scorer.

The referee was Dieter Muckenhammer.

We envisage that Red Bull Salzburg will probably get a lot of shots on goal and make them count.

At the other end, TSV Hartberg won’t find it easy to break down their defence but we do see them hitting back at some stage, too.

We reckon that it will be a decent 1-3 victory for Red Bull Salzburg at the end of the 90 minutes. 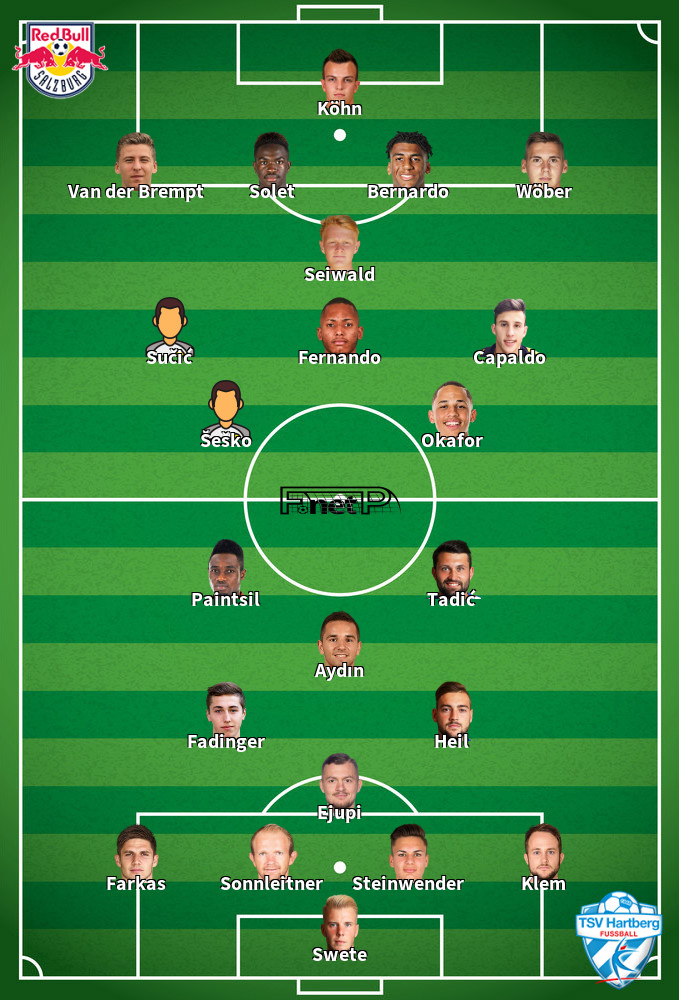 We have made these TSV Hartberg v Red Bull Salzburg predictions for this match preview with the best intentions, but no profits are guaranteed. Please always gamble responsibly, only with money that you can afford to lose. Good luck!