Rochdale will face off against the visiting Stevenage at Crown Oil Arena in the League Two clash on Tuesday.

Scroll down for all of our predictions, poll and stats for the Rochdale v Stevenage game (inc. the best betting odds).

Rochdale prepare for this fixture coming off the back of a 0-0 League Two drawn result against Walsall.

In their past 6 fixtures, Robbie Stockdale's Rochdale have netted a total of 7 times, an average number of goals scored per match equal to 1.17.

Coming into this contest, Rochdale are unbeaten in their last 2 home league matches.

Stevenage will go into the clash following on from a 1-0 League Two win with the eclipse of Colchester United in their previous game.

The only player to score from Stevenage was Elliot List (45').

The trend of at least one team drawing a blank in games featuring Stevenage has been noticeable in recent matches. Checking on their last six meetings reveals that it has occurred 5 times. During those clashes, opposing sides have managed a goal total of 10 and Stevenage have scored 3. That kind of trend won’t necessarily be sustained into this match, of course.

Coming into this contest, Stevenage have not won away from home in their last 7 league matches.

The previous league contest featuring these clubs was League One match day 26 on 14/01/2012 when it ended Rochdale 1-5 Stevenage.

The match was refereed by Colin Webster.

The Rochdale manager Robbie Stockdale will be happy not to have any fitness worries whatsoever coming into this clash with a completely injury-free squad to pick from.

Due to a completely injury-free squad available for selection, the Stevenage manager has no fitness concerns to report before this game.

Looking at these two teams, we feel that Stevenage would be disappointed if they were not to get a goal against this Rochdale side, however it may not quite be as many as the goals that they could concede.

Our tip is for a 2-1 winning score for Rochdale at the end of the 90 minutes. It should be a decent one. 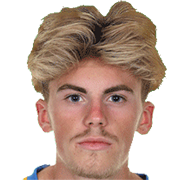 Generally taking to the field in the Striker position, Danny Cashman was born in Crawley, England. After having played his first senior match for Rochdale in the 2021 - 2022 season, the dangerous Forward has bagged 2 league goals in this League Two 2021 - 2022 campaign so far coming from a total of 14 appearances.

We have made these Rochdale v Stevenage predictions for this match preview with the best intentions, but no profits are guaranteed. Please always gamble responsibly, only with money that you can afford to lose. Best of luck with your selections.