Our predictions, user poll and statistics for Spezia v Roma can be found here (including the best match odds).

Spezia won’t want a repeat of their last result here after the 5-2 Coppa Italia loss in their previous game against Atalanta.

Over their past six games, Luca Gotti's Spezia have seen rewards for their attempts on goal a combined total of 8 times, with that being an average number of goals scored per match equal to 1.33.

A look at their previous results shows us that Spezia:

Roma will go into the game following a 2-0 Serie A win with the eclipse of Fiorentina in their previous outing.

In their previous half-dozen clashes, Roma have amassed a total of 8 goals. Roma have also not failed to score in every single one of those games. Over that period, their defenders have seen 4 goals scored by their opponents. Previous results aside, we’ll just have to find out if that pattern might be replicated here in this game.

Looking at their past form shows that Roma:

A glance at their past head-to-head clashes stretching back to 16/12/2015 shows that Spezia have won 1 of these & Roma 3, with the number of drawn results being 2.

An aggregate of 20 goals were scored between them in these games, with 9 from Spezia and 11 created by i Giallorossi. That’s an average goals per game figure of 3.33.

On that occasion, Spezia managed 35% possession and 9 shots at goal with 3 of them on target.

Roma boss José Mourinho has some current player fitness concerns. Ebrima Darboe (Cruciate Ligament Surgery) and Georginio Wijnaldum (Tibia Fracture) are those who can’t be considered. William Bianda will not be able to play in this game through being suspended.

Our assessment is that Spezia should get enough chances to put a goal past this Roma lineup, although one goal possibly won’t quite be enough.

We’re going for a very close game with a 1-2 victory for Roma at the end of the 90 minutes. Hopefully this is a good one. 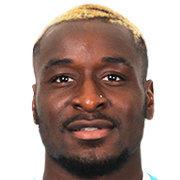 Generally used in the Striker position, M'Bala Nzola was born in Troyes, France. After having made a senior debut playing for Carpi in the 2017 - 2018 season, the goalscoring Forward has struck 9 league goals in the Serie A 2022 - 2023 campaign to date in a total of 18 appearances.

We have made these Spezia v Roma predictions for this match preview with the best intentions, but no profits are guaranteed. Please always gamble responsibly, only with money that you can afford to lose. Good luck with your selections.