Scroll down for all of our predictions, poll and stats for the Vélez Sarsfield v Rosario Central game - as well as up-to-date odds.

Vélez Sarsfield will be hoping to bounce back here after a 2-0 Superliga losing effort in their last game against Racing Club.

Coming into this meeting, Vélez Sarsfield are without a win at home for the past 2 league games.

Rosario Central will come into the meeting following on from a 1-0 Superliga win vs Godoy Cruz in their last fixture.

In the course of their 6 most recent matches, Rosario Central have found the back of the net 8 times thus giving them the goals per game average of 1.33.

Leading up to this clash, Rosario Central:

An examination of their most recent head-to-head meetings dating back to 11/03/2018 shows us that Vélez Sarsfield have won 3 of these games & Rosario Central 2, with the tally of drawn results standing at 1.

13 goals were shared by the two clubs in this period, with 8 for El Fortín and 5 coming from El Canalla. This gives an average number of goals per game equal to 2.17.

The last league encounter featuring these sides was Copa de la Liga Profesional match day 2 on 15/02/2022 which finished with the scoreline of Rosario Central 1-0 Vélez Sarsfield.

That day, Rosario Central managed 54% possession and 13 shots at goal with 3 of them on target. The scorer was Javier Báez (56').

Vélez Sarsfield had 8 attempts at goal with 2 on target.

There aren’t many selection issues, with just one fitness concern for the Vélez Sarsfield gaffer Alexander Medina to contend with from an otherwise fully-primed group. Lautaro Giannetti (Ruptured cruciate ligament) is out of contention.

We’re inclined to think that Rosario Central should have enough to put one past this Vélez Sarsfield team, however it may not quite be enough to avoid a loss.

We’re going for a narrow 2-1 winning margin for Vélez Sarsfield after the 90. Should be a good one. 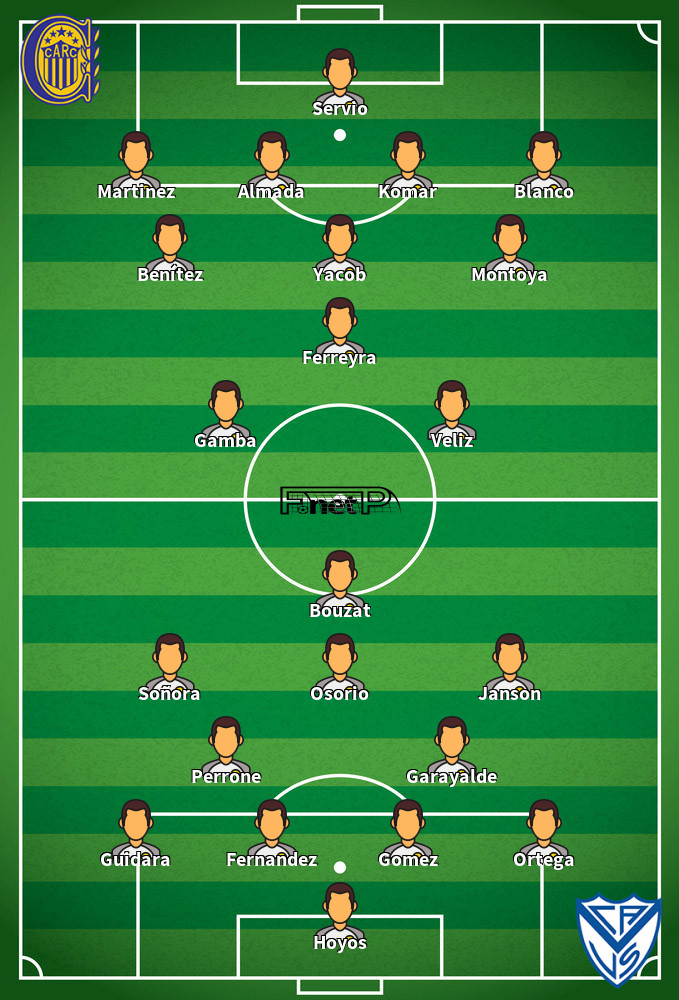 While we have made these predictions for Vélez Sarsfield v Rosario Central for this match preview with the best of intentions, no profits are guaranteed. Always gamble responsibly, and with what you can afford to lose. Best of luck.