São Paulo, buoyed by their previous result, will be hoping for more of the same after a 3-0 Copa do Brasil success vs Flamengo.

At least three goals per game have been seen in 6 of the past 6 meetings where São Paulo have participated. Their opponents scored 7 of them in these games while Tricolor Paulista totted up 16. That sort of trend might not be carried forward into this game, though.

Heading into this fixture, São Paulo are undefeated in their last 11 league matches at home. A run that they'll hope to extend here.

In their previous game, Vasco da Gama drew 0-0 in the Serie A match with Fortaleza.

For 5 of the past six clashes featuring Vasco da Gama, a notably low volume of goals have been scored between them and their opponents. The overall average number of goals per game in that spell comes out as a paltry 1.67, with the average goals for Vascão standing at 0.67.

Leading up to this clash, Vasco da Gama:

A glance at their past head-to-head clashes dating back to 12/11/2017 shows that São Paulo have won 2 of them and Vasco da Gama 3, with the number of draws being 1.

A combined sum of 13 goals were scored between them throughout the course of those matches, with 5 for Tricolor Paulista and 8 for Vascão. The average goals per game has been 2.17.

The last league game featuring these clubs was Serie A match day 3 on 16/08/2020 which ended up with the score at Vasco da Gama 2-1 São Paulo.

We’re of the view that São Paulo should have the majority of the possession and should be able to turn a few of their chances into goals.

Conversely, Vasco da Gama could well struggle to score but do we see them converting at least once.

We’re predicting a 3-1 winning score for São Paulo at the end of the match. 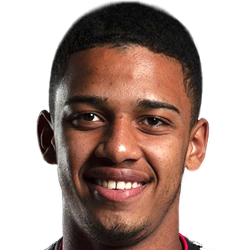 Generally taking to the field in the Striker position, Brenner was born in Cuiabá, Brazil. Having made his senior debut playing for São Paulo in the 2017 season, the gifted Forward has bagged 6 league goals in the Série A 2020 season so far in 13 appearances.

While we have made these predictions for São Paulo v Vasco da Gama for this match preview with the best of intentions, no profits are guaranteed. Always gamble responsibly, and with what you can afford to lose. Good luck if you do place a bet today.