Wolfsberger AC meet away team SKN St. Pölten at Lavanttal-Arena in this Bundesliga match on Saturday.

Our Wolfsberger AC v SKN St. Pölten tips, poll and stats can be seen in full below - as well as up-to-date odds.

Wolfsberger AC won’t want a repeat of their last result here after a 3-1 Bundesliga losing effort in their last game against LASK Linz.

Three or more goals per game were recorded in 5 of the past 6 fixtures where Wolfsberger AC have taken part. Opposing sides scored 12 of them in this period whereas Wolfsberger managed a tally of 15. However, we must now wait to see whether that trend will continue on here in this game.

Coming into this contest, Wolfsberger AC are unbeaten in the league by SKN St. Pölten in their last 5 matches.

After suffering a loss in their previous game against SK Rapid Wien in Bundesliga competition, SKN St. Pölten will be hoping to turn things around here.

The only name on the scoresheet from SKN St. Pölten was Dor Hugi (6'). Taxiarchis Fountas (15') and Ercan Kara (17') scored for SK Rapid Wien.

A succession of accomplished displays by the SKN St. Pölten defensive players has resulted in the number of goals they’ve conceded amounting to 3 from their previous 6 fixtures in total. In that period, their forwards have scored 14.

Their prior results show that SKN St. Pölten:

Inspecting their most recent head to head clashes going back to 29/07/2018 shows us that Wolfsberger AC have won 5 of these games and SKN St. Pölten 1, with the number of drawn games being 0.

Those games weren’t short on goals, either, with 24 in all which averages out at 4 goals per meeting.

The previous league contest featuring these clubs was Bundesliga match day 21 on 01/03/2020 when it ended SKN St. Pölten 0-4 Wolfsberger AC.

St. Pölten boss Robert Ibertsberger has to choose from a squad that has some fitness concerns. George Davies (Knock) and Luan (Knock) can’t be considered.

It’s pretty clear that SKN St. Pölten will need to play some great football to score against a Wolfsberger AC team who have the quality to create a lot of chances for themselves and convert these into goals.

We’re tipping a convincing 3-0 win for Wolfsberger AC when the referee blows the final whistle. 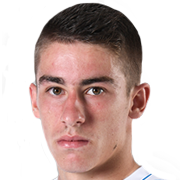 Customarily taking to the field in the Striker position, Dario Vizinger was born in Čakovec, Croatia. After making a first senior appearance for Rijeka in the 2015 - 2016 season, the accomplished Forward has bagged 2 league goals in the Bundesliga 2020 - 2021 campaign so far from a total of 3 appearances.

While we have made these predictions for Wolfsberger AC v SKN St. Pölten for this match preview with the best of intentions, no profits are guaranteed. Always gamble responsibly, and with what you can afford to lose.