Return to this page a few days before the scheduled game when this expired prediction will be updated with our full preview and tips for the next match between these teams.
Full-Time Result Prediction
👉
Varaždin to Win

All Varaždin v Slaven Belupo game predictions, stats and user poll are shown below - as well as the best betting odds.

Varaždin will play in this match coming off the back of a 0-0 Prva Liga drawn match versus Lokomotiva Zagreb.

In their preceding 6 games, Mario Kovačević's Varaždin have hit the back of the net a combined total of 7 times, an average number of goals scored per match of 1.17.

Looking at the pre-match facts, Varaždin:

In their last fixture, Slaven Belupo drew 0-0 in the Prva Liga match with Istra 1961.

A run of dependable showings from the Slaven Belupo defensive unit has resulted in their ‘goals against’ tally amounting to 4 from their last 6 fixtures overall. During the same time, their own forwards have managed to score 7. Nonetheless, it remains to be seen if the trend will be maintained in this game.

Looking at their past head to head meetings going back to 23/10/2020 reveals that these encounters have not been happy ones for Varaždin. They’ve not been able to get any victories at all while Slaven Belupo have been too good for them, running out winners in 83% of those ties.

In all, 10 goals were scored between them during those clashes, with 2 of them for Bumbari and 8 coming from Farmaceuti. The average number of goals per game works out to 1.67.

The previous league encounter between these clubs was Prva Liga match day 10 on 16/09/2022 when the final score was Slaven Belupo 1-0 Varaždin.

In that match, Slaven Belupo had 35% possession and 5 attempts at goal with 2 of them on target. The scorer was Ante Crnac (37').

At the other end, Varaždin had 10 attempts on goal with 1 on target.

The referee was Igor Pajač.

The Varaždin boss Mario Kovačević has no fitness worries at all before this game owing to a completely injury-free squad available to select from.

Due to a fully injury-free squad to choose from, the Slaven Belupo manager Zoran Zekić does not have any fitness worries to speak of before this match.

Looking at these two teams, we feel that Slaven Belupo have the firepower to breach the defence of this Varaždin team, but that probably won’t be enough to avoid a loss.

We can see a close game with a 2-1 win for Varaždin after 90 minutes. Let’s see what happens here. 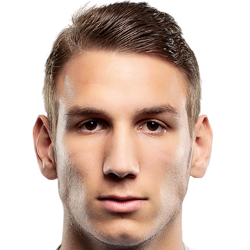 Mostly taking up the Central Attacking Midfielder position, Tonio Teklić was born in Split, Croatia. After having played his first senior match for Varaždin in the 2022 - 2023 season, the gifted Midfielder has scored 4 league goals in the HNL 2022 - 2023 season to date coming from a total of 16 appearances.

While we have made these predictions for Varaždin v Slaven Belupo for this match preview with the best of intentions, no profits are guaranteed. Always gamble responsibly, and with what you can afford to lose. Good luck!