The Bundesliga 1 match at Sportpark Ronhof Thomas Sommer on Saturday will see home team Greuther Furth fighting it out with Stuttgart.

For all of our match predictions, pre-game poll and statistics for Greuther Furth v Stuttgart, scroll down (inc. the best betting odds).

Greuther Furth enter this match coming off the back of a 0-0 Bundesliga 1 stalemate vs Augsburg.

Matches involving Greuther Furth have usually been entertaining affairs recently with a lot of goalmouth action being the norm. Over their past six games alone, the sum of 25 goals have been scored for both sides combined (at an average of 4.17 goals per game) with 5 of them being chalked up by Greuther Furth. Nevertheless, time will tell if such a trend will continue on here in this match.

Coming into this contest, Greuther Furth are undefeated in their last 2 league matches at home.

After a loss in their previous game against Cologne in Bundesliga 1 competition, Stuttgart and their travelling fans will hope for a better result here.

In that match, Stuttgart had 49% possession and 5 shots at goal with 1 of them on target. For their opponents, 1. FC Köln had 10 shots on goal with 3 on target. Anthony Modeste (88') was the scorer for Cologne.

The numbers tell their own story, and Stuttgart have been scored against in 5 of their last 6 games, seeing their opponents hit 11 goals overall. Defensively, Stuttgart have some weaknesses to address.

Coming into this clash, Stuttgart have not emerged victorious against Greuther Furth when they've played them away from home in the last 2 league games.

If we look at their past head to head meetings stretching back to 04/05/2013, there is nothing to separate the two clubs with Greuther Furth winning 3 of those games, Stuttgart 3 and 0 being draws in normal time.

An aggregate of 17 goals were scored between them during those clashes, with 6 of them from Greuther Fürth and 11 created by Stuttgart. That’s an average goals per game figure of 2.83.

The last league contest featuring these sides was Bundesliga 1 match day 1 on 14/08/2021 which finished with the scoreline of Stuttgart 5-1 Greuther Furth.

On the other side, Greuther Furth got 8 shots on goal with 5 of them on target. Jamie Leweling (93') scored.

The Greuther Furth manager Stefan Leitl has no fitness concerns to speak of coming into this clash with a completely healthy squad to pick from.

Our thinking is that Greuther Furth will have to work hard as a team to breach the defence of this Stuttgart lineup who we reckon will be able to get on the scoresheet themselves in a winning performance.

We’re therefore seeing a hard-fought contest, finishing with a 0-1 victory for Stuttgart after 90 minutes. 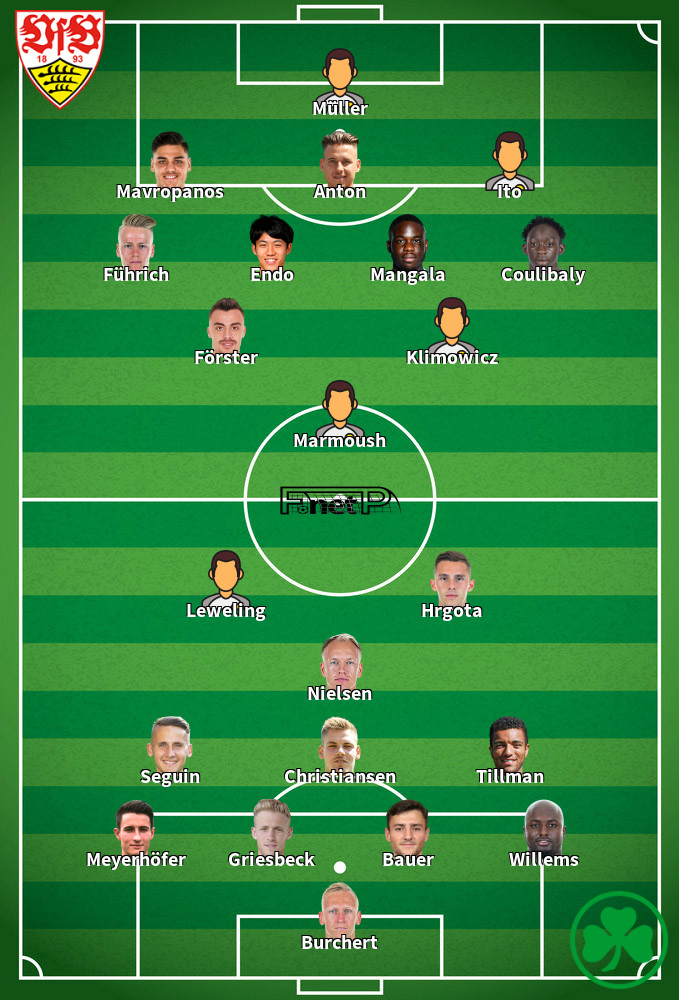 Typically playing in the Left Wing position, Jamie Leweling was born in Nuremberg, Germany. Having made a first senior appearance for Greuther Furth in the 2019 - 2020 season, the gifted Forward has managed 3 league goals in this Bundesliga 2021 - 2022 season so far coming from a total of 17 appearances.

We have made these Greuther Furth v Stuttgart predictions for this match preview with the best intentions, but no profits are guaranteed. Please always gamble responsibly, only with money that you can afford to lose. Best of luck with your selections.