All SV Lafnitz v Vorwärts Steyr game predictions, stats and user poll are shown below - as well as the best betting odds.

SV Lafnitz will be hoping for a repeat of their last result, following the 0-3 2. Liga victory over Dornbirn.

Matches involving SV Lafnitz have tended to be absorbing ones recently with high scoring expected. Over their past 6 clashes, the sum of 20 goals have flown in for both sides combined (at an average of 3.33 goals per game) with 12 of them being chalked up by Lafnitz. That sort of pattern isn’t assured to be sustained into this game, though.

Coming into this clash, SV Lafnitz are undefeated in their last 2 league matches at home.

In their previous fixture, Vorwärts Steyr drew 1-1 in the 2. Liga match with FC Blau-Weiss Linz.

The only scorer from Vorwärts Steyr was Michael Halbartschlager (58'). Turgay Gemicibaşi (9') was the scorer for FC Blau-Weiss Linz.

The numbers tell their own story, and Vorwärts Steyr have been scored against in 5 of their last 6 matches, letting opponents get 12 goals in all. In defence, Steyr have some weaknesses to address.

Coming into this meeting, Vorwärts Steyr are without a win away from home in their last 2 matches in the league.

The last league encounter featuring these sides was 2. Liga match day 28 on 17/07/2020 when the final score was Vorwärts Steyr 1-2 SV Lafnitz.

The match was refereed by Achim Untergasser.

There aren’t many selection issues, with just one fitness concern for the SV Lafnitz gaffer Philipp Semlic to be concerned about from an otherwise complete group of players. Patrick Bürger (Adductor problems) won’t play.

With a fully healthy group to pick from, Vorwärts Steyr manager Andreas Milot doesn’t have any fitness concerns to report ahead of this match.

In our view, SV Lafnitz should see a lot of the ball and convert quite a few goal-scoring opportunities.

However, Vorwärts Steyr are also probably going to find it difficult to score but do we see them converting at least once. 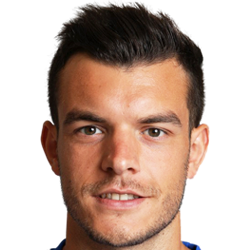 Generally taking up the Central Defensive Midfielder position, Philipp Siegl was born in Austria. Having made his senior debut playing for TSV Hartberg in the 2017 - 2018 season, the dangerous Midfielder has accumulated 2 league goals in the 2. Liga 2020 - 2021 season to date in 9 appearances.

We have made these SV Lafnitz v Vorwärts Steyr predictions for this match preview with the best intentions, but no profits are guaranteed. Please always gamble responsibly, only with money that you can afford to lose. Good luck with your selections.