Tigres make the trip to The Estadio Caliente on Saturday for the Liga MX (Clausura) fixture with home team Club Tijuana.

Our Club Tijuana v Tigres de la UANL tips, poll and stats can be seen in full below (inc. the best betting odds).

Matches involving Club Tijuana have usually been absorbing affairs recently with a lot of goalmouth action being the norm. Over their past 6 clashes, a total of 21 goals have been scored for both teams combined (at an average of 3.5 goals per game) with 6 of those being chalked up by Club Tijuana. We will have to find out if that trend will end up being continued on into this next match.

A series of very capable showings from the Tigres de la UANL defence has seen the number of goals they’ve conceded amounting to 3 from their last 6 fixtures in total. During the same time, their own attack force has managed to score 14.

A look at their previous results shows us that Tigres de la UANL:

Delving into their past head to head meetings going back to 14/09/2019 tells us that these fixtures have not been good ones for Club Tijuana. They’ve not managed to get any wins at all whereas Tigres have been dominant against them, beating them in 67 per cent of those ties.

A total of 13 goals were produced between them throughout the course of those matches, with 4 of them for Xoloitzcuintles and 9 belonging to Los Tigres. That is an average goals per game value of 2.17.

On that occasion, Tigres de la UANL had 56% possession and 17 attempts on goal with 3 of them on target. Their only player on the scoresheet was Raymundo Fulgencio (77').

Club Tijuana had 6 shots on goal with 2 of them on target.

The referee was Víctor Cáceres.

The Club Tijuana manager Ricardo Valiño has no fitness concerns to speak of before this game owing to a fully injury-free squad to choose from.

Here is a game where Club Tijuana could well find it tough to break down this Tigres de la UANL team who we think will be able to get on the scoresheet themselves in a winning performance.

We therefore think that it’s going to be a good tussle with a 0-1 advantage for Tigres de la UANL when the referee blows for full-time. 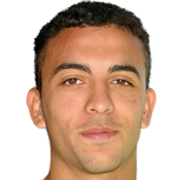 Regularly playing in the Central Attacking Midfielder position, Lucas Rodríguez was born in Buenos Aires, Argentina. Having played his first senior match for Estudiantes de La Plata in the 2015 season, the talented Midfielder has scored 4 league goals in the Liga MX (Apertura) 2022 - 2023 season so far in 12 appearances.

We have made these Club Tijuana v Tigres de la UANL predictions for this match preview with the best intentions, but no profits are guaranteed. Please always gamble responsibly, only with money that you can afford to lose. Good luck if you do place a bet today.