The 3rd Liga clash at Carl-Benz-Stadion on Saturday sees home side Mannheim take on Wehen Wiesbaden.

View all Mannheim v Wehen Wiesbaden tips, stats and our pre-match poll below - plus the latest match odds.

It has not been often in recent times that Mannheim have kept a clean sheet. The reality is that Mannheim have failed to prevent opponents from scoring in 5 of their previous 6 clashes, giving up 10 goals along the way. Still, it remains to be seen whether that trend might persist in this match.

A look at their previous results shows us that Mannheim:

Showing their bias toward productive encounters, goals have been celebrated 26 times in the last six matches in which Wehen Wiesbaden have played, giving an average of 4.33 goals for each fixture. Their opponents have hit 8 of those goals.

The previous league game between these sides was 3rd Liga match day 37 on 07/05/2022 which ended up with the score at Wehen Wiesbaden 1-1 Mannheim.

The match was refereed by Max Burda.

It doesn’t get much better regarding selection, with just a single fitness concern for the Mannheim gaffer Christian Neidhart to be concerned about from of an almost fully healthy set of players. Dominik Martinovic (Ill) is out of contention. Marco Höger cannot play in this game through suspension.

Our thinking is that Wehen Wiesbaden and Mannheim should play out a closely-fought contest here.

Shouldn’t be much in it, and a draw looks quite a realistic result. We’re therefore predicting a tight encounter, finishing with a 1-1 draw after 90 minutes. 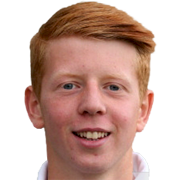 Generally deployed in the Striker position, Dominik Martinović was born in Stuttgart, Germany. After having made a senior debut playing for Wehen Wiesbaden in the 2017 - 2018 season, the gifted Forward has contributed 2 league goals in the 3. Liga 2022 - 2023 season so far from a total of 8 appearances.

While we have made these predictions for Mannheim v Wehen Wiesbaden for this match preview with the best of intentions, no profits are guaranteed. Always gamble responsibly, and with what you can afford to lose. Good luck!