Return to this page a few days before the scheduled game when this expired prediction will be updated with our full preview and tips for the next match between these teams.
Full-Time Result Prediction
👉
York City to Win

Wealdstone will be at LNER Community Stadium on Saturday for the National League meeting with hosts York City.

York City will be looking to improve on their last outing here after the 2-1 National League defeat last time out to Altrincham.

The only player to score from York City was Maxim Kouogun (15'). Elliot Newby (53') and Ryan Colclough (74') scored for Altrincham.

It has not been often in recent games where York City have managed to hold out for a full 90 minutes. The facts show that York City have failed to prevent opponents from scoring in 6 of their previous 6 matches, shipping 9 goals in the process. That trend might not be carried forward into this game, of course.

In the game prior to this, Wealdstone drew 0-0 in the National League match with Wrexham.

Showing their fondness for high-scoring matches, the back of the net has been hit 20 times in the previous 6 games in which Wealdstone have taken to the field, making it a mean average of 3.33 goals for each clash. Opposing teams have got 15 of these goals.

The York City manager John Askey will be grateful not to have any fitness worries whatsoever coming into this match with a completely healthy group to choose from. Alex Hurst cannot play in this game through suspension.

Thanks to a fully injury-free squad to choose from, the Wealdstone boss Stuart Maynard has no fitness concerns at all coming into this game.

We’re thinking that Wealdstone are capable enough to score a goal against this York City side, however it probably shouldn’t be enough to avoid a loss.

We’re expecting both teams to score in a 2-1 winning score for York City at the end of the 90 minutes. There looks to be little in this one. 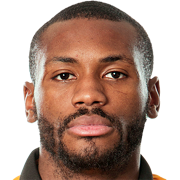 Mostly taking to the field in the Striker position, Lenell John-Lewis was born in Hammersmith, England. Having made a first senior appearance for Lincoln City in the 2007 - 2008 season, the skilful Forward has struck 8 league goals in the National League 2022 - 2023 campaign to date in 18 appearances.

We have made these York City v Wealdstone predictions for this match preview with the best intentions, but no profits are guaranteed. Please always gamble responsibly, only with money that you can afford to lose. Best of luck with your selections.