Return to this page a few days before the scheduled game when this expired prediction will be updated with our full preview and tips for the next match between these teams.
Full-Time Result Prediction for Wisla Plock vs Pogon Szczecin
Pogon Szczecin to Win
The Ekstraklasa fixture at Stadion im. Kazimierza Górskiego on Sunday sees home side Wisla Plock take on Pogon Szczecin.

Here, we’re thinking that Wisla Plock will need to push hard to register a score against this Pogon Szczecin team who we think should score one, at least. We therefore think that it’s going to be a hard-fought contest, finishing with a 0-1 winning score for Pogon Szczecin at the end of this game. Let’s see how it plays out. Our tips, poll and stats for Wisla Plock v Pogon Szczecin can all be found here (including the best match odds). 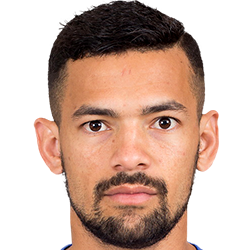 Mostly played in the Striker position, Ricardinho was born in Santo André, Brazil. After making a first senior appearance for EC Santo André in the 2009 season, the gifted Forward has scored 4 league goals in this Ekstraklasa 2019 - 2020 season to date from a total of 17 appearances.

We have made these Wisla Plock v Pogon Szczecin predictions for this match preview with the best intentions, but no profits are guaranteed. Please always gamble responsibly, only with money that you can afford to lose. Best of luck with your selections.