Our Saarbrucken v Magdeburg predictions, statistics and match poll can be seen below (inc. the best betting odds).

Saarbrucken will be hoping for a repeat of their last result, following the 0-4 3rd Liga triumph vs Bayern Munich II.

Fixtures involving Saarbrucken have often been lively ones recently with high scoring expected. Over their past half dozen clashes, a total of 24 goals have been recorded for both teams combined (at an average of 4 goals per game) with 16 of them coming from Saarbrücken.

Heading into this fixture, Saarbrucken haven't been defeated in their previous 2 home league matches.

Magdeburg will come into the meeting following on from a 1-0 3rd Liga win versus Lübeck in their most recent match.

The only name on the scoresheet from Magdeburg was Leon Bell Bell (82').

The trend of at least one team not managing to score in games involving Magdeburg has been fairly consistent recently. A glance at their last 6 games reveals that this has occurred 5 times. In these clashes, opposing sides have hit a goal aggregate of 1 and Magdeburg have scored 8. It will be interesting to see if that trend will end up being sustained in this game.

Heading into this fixture, Magdeburg have not been beaten in their last 4 league matches away from home.

The previous league fixture between the two was 3rd Liga match day 16 on 12/01/2021 which ended up with the score at Magdeburg 1-2 Saarbrucken.

Saarbrucken manager Lukas Kwasniok does not have any fitness worries to speak of ahead of this clash thanks to a completely healthy group available to choose from.

We’ve got the feeling that Magdeburg and Saarbrucken could both well score here although it’s hard to see a clear-cut winner.

It appears that a draw might be on the cards. Therefore, we predict a very close game with a 1-1 scoreline at the conclusion of the game. 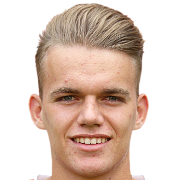 Regularly playing in the Right Attacking Midfielder position, Nicklas Shipnoski was born in Germany. After making a first senior appearance for Kaiserslautern in the 2016 - 2017 season, the dangerous Midfielder has struck 14 league goals in the 3. Liga 2020 - 2021 campaign so far from a total of 30 appearances.

We have made these Saarbrucken v Magdeburg predictions for this match preview with the best intentions, but no profits are guaranteed. Please always gamble responsibly, only with money that you can afford to lose. Best of luck with your selections.