This Saarbrucken v Türkgücü München live stream video is scheduled to be broadcast on 16/09/2021. Football fans can watch this game on a live streaming service should the game be included in the schedule referenced above. Here we show useful info for watching this 3rd Liga game that includes the most recent team form, h2h clashes and our game views.

To watch the game using alternative sources, look up broadcasters’ schedules in your country. These broadcasting contracts are generally distributed on a per-competition/league or even per-game arrangement basis. For fixtures shown live on regional television programmes, check the schedules on the likes of BT Sport, Amazon Prime Video, Sky Sports, Now TV, iTV, Canal+, Fox Soccer, ESPN relevant to your location.

Where the abovementioned broadcaster has the rights to the Saarbrucken v Türkgücü München football live streaming coverage, you’ll be able to see it on mobile devices (iPhone, Android including Tecno) and computer as well as tablet (eg iPad, Alba).

Post-game, we might also link to match highlights from time to time. We are not responsible for transmitting any game video content linked to from here. All legal complaints must be done by contacting the hosters/owners of this content.

The 3rd Liga clash at Ludwigsparkstadion on Saturday will see home side Saarbrucken go up against Türkgücü München.

Our Saarbrucken v Türkgücü München tips, poll and stats can be seen in full below (inc. the best betting odds).

Uwe Koschinat's Saarbrucken have seen rewards for their attempts on goal 8 times in their preceding 6 outings. The corresponding number of goals that they have conceded in those games stands at 6.

Türkgücü München will go into this match following a 1-0 3rd Liga win over Duisburg in their most recent game.

The only player to score from Türkgücü München was Albion Vrenezi (81').

The trend of at least one team not managing to score in games involving Türkgücü München has become evident recently. A glance at their last 6 games shows that it has happened 5 times. In those clashes, their opponents have hit a goal aggregate of 7 while Türkgücü München have scored 8. Such a trend might not follow through into this next game, of course.

The last league contest featuring the two was 3rd Liga match day 31 on 10/04/2021 when the final score was Saarbrucken 2-1 Türkgücü München.

The referee was Lars Erbst.

The Saarbrucken boss Uwe Koschinat will be grateful not to have any fitness concerns at all coming into this clash owing to a fully healthy group to pick from.

Here is a game where Türkgücü München could find themselves up against it to get anything against this Saarbrucken outfit who we reckon should emerge victorious.

We’re therefore seeing a very even contest with a 1-0 victory for Saarbrucken at the end of the match. 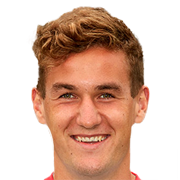 Mostly taking to the field in the Striker position, Julian Günther-Schmidt was born in Pforzheim, Germany. After having played his first senior match for Ingolstadt in the 2014 - 2015 season, the gifted Forward has contributed 2 league goals in this 3. Liga 2021 - 2022 campaign so far in 8 appearances.

While we have made these predictions for Saarbrucken v Türkgücü München for this match preview with the best of intentions, no profits are guaranteed. Always gamble responsibly, and with what you can afford to lose. Good luck if you do place a bet today.

⚽️ Where can I see the odds for other 3rd Liga games?

Look at all of our upcoming (and previous) 3rd Liga predictions & previews here.