Return to this page a few days before the scheduled game when this expired prediction will be updated with our full preview and tips for the next match between these teams.
The First League - Play Offs meeting on Tuesday will see Tescoma Zlín playing against FK Příbram. All of our predictions, stats and the user poll for Tescoma Zlín v FK Příbram are shown below - plus the latest betting odds.

Tescoma Zlín will be hoping for a better result after the 1-0 First League defeat in their last game at the hands of Slavia Prague. Lukáš Masopust (74') scored for Slavia Prague.

It has been all too rare in recent games where Tescoma Zlín haven’t conceded. It will be a concern for them that Zlin have failed to prevent opponents from scoring in 5 of their previous 6 games, giving up 7 goals in the process. We shall soon see if that trend will end up being continued on here.

In the game prior to this, FK Příbram drew 0-0 in the First League - Play Offs tie with Sigma Olomouc.

The stats tell the story, and FK Příbram have been scored against in 5 of their last 6 games, letting opponents get 8 goals overall. Defensively, Příbram have some weaknesses to address.

Tescoma Zlín boss Bohumil Páník will be grateful to have no fitness concerns to speak of coming into this game thanks to a completely injury-free squad available to select from.

Due to a completely injury-free group available for selection, FK Příbram boss has zero fitness concerns whatsoever coming into this game.

When taking all factors into account, FK Příbram are likely to put one past this Tescoma Zlín side, but it possibly won’t be as many as they will have scored against them. We’re predicting a close game with a 2-1 winning margin for Tescoma Zlín by the conclusion of the game. Looking forward to this. 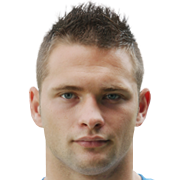 Generally taking to the field in the Central Attacking Midfielder position, Antonín Fantiš was born in Prague, Czech Republic. After having made a senior debut playing for 1. FK Příbram in the 2008 - 2009 season, the dangerous Midfielder has accumulated 3 league goals in this First League 2019 - 2020 season to date from a total of 27 appearances.

While we have made these predictions for Tescoma Zlín v FK Příbram for this match preview with the best of intentions, no profits are guaranteed. Always gamble responsibly, and with what you can afford to lose. Good luck!