Scroll down to see all of the predictions, poll and statistics for Dundee United v Aberdeen (plus the best game odds).

Dundee United, following on from their previous result, will be hoping for more of the same after a 1-0 League Cup success vs Kelty Hearts.

The only scorer from Dundee United was Ryan Edwards (45').

It’s not been often in recent games that Dundee United haven’t conceded. In fact, The Tangerines have been scored against in 5 of their previous 6 matches, letting in 7 goals along the way. With no two games being the same, time will tell whether that trend shall be maintained in this upcoming match.

Ahead of this meeting, Dundee United have not beaten Aberdeen in their previous 3 league games.

Aberdeen come into this encounter following on from a 2-1 Premiership win to defeat St Mirren in their most recent fixture.

In that game, Aberdeen managed 62% possession and 15 attempts at goal with 6 on target. For Aberdeen, goals were scored by Marley Watkins (71') and Lewis Ferguson (91'). St Mirren had 10 shots on goal with 1 of them on target. Ethan Erhahon (54') scored for St Mirren.

The trend of at least one team not managing to score in games involving Aberdeen has been noticeable of late. A glance at their last six outings reveals that it has happened 5 times. In those clashes, their opponents have hit a goal total of 5 and The Dons have scored 8.

Taking a look at their past results, Aberdeen:

A glance at their prior head to head meetings stretching back to 18/04/2015 tells us that Dundee United have won 1 of these games & Aberdeen 5, with the number of draws standing at 0.

12 goals were scored between the two sides in these games, with 3 from The Tangerines and 9 being from The Dons. The average goals per game has been 2.

There is just one fitness concern for the Dundee United gaffer Micky Mellon to be concerned about thanks to an almost full-strength squad. Jack Newman (Quarantine) is out of contention.

Aberdeen boss Derek McInnes has to choose a team with limited availability. Greg Leigh (Knock) and Tomas Cerny (Surgery) will miss out on this game.

Looking at these two teams, we feel that Dundee United might have a difficult job to see themselves scoring against this Aberdeen outfit who we think will likely gain the upper hand.

Therefore, we predict a very even match with a 0-1 winning score for Aberdeen at the conclusion of the game. 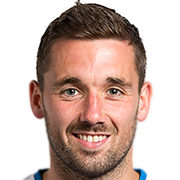 Customarily deployed in the Striker position, Nicky Clark was born in Bellshill, Scotland. After having played his first senior match for Peterhead in the 2009 - 2010 season, the goalscoring Forward has scored a sum of 3 league goals in this Premiership 2020 - 2021 season so far in 10 appearances.

We have made these Dundee United v Aberdeen predictions for this match preview with the best intentions, but no profits are guaranteed. Please always gamble responsibly, only with money that you can afford to lose. Best of luck with your selections.