The Serie A meeting at Stadio Ennio Tardini on Saturday sees hosts Parma go into battle with opponents AC Milan.

Our predictions, user poll and statistics for Parma v AC Milan can be found here including the latest game odds.

Parma go into this fixture following a 2-2 Serie A drawn match vs Benevento.

In that game, Parma managed 71% possession and 17 shots on goal with 6 of them on target. For Parma, the goalscorers were Jasmin Kurtić (55') and Dennis Man (88'). At the other end, Benevento got 6 attempts at goal with 4 of them on target. Kamil Glik (23') and Artur Ioniţă (67') scored for Benevento.

It has been all too rare in recent games that Parma have shown defensive steel. The reality is that I Crociati have been scored against in 5 of their previous 6 matches, leaking 11 goals along the way.

Last time out, AC Milan drew 1-1 in the Serie A tie with Sampdoria.

In that match, AC Milan had 63% possession and 14 attempts on goal with 3 of them on target. The scorer for AC Milan was Jens Petter Hauge (87'). Sampdoria had 6 attempts at goal with 4 on target. Fabio Quagliarella (57') scored for Sampdoria.

For 5 of the previous six clashes featuring AC Milan, a relatively low number of goals have been scored between them and opposing sides. The overall average number of goals per game during that spell works out to just 2.17, with the number of goals averaged by i Rossoneri being 1.17. Still, we must now wait to see if the trend shall be maintained here in this game.

Their prior results show that AC Milan:

An examination of their past head to head meetings going back to 01/02/2015 shows that these fixtures have not been happy ones for Parma. They’ve not managed to get any victories at all while AC Milan have been the better of the two, beating them in 67 per cent of those ties.

A sum of 18 goals were scored between them in these games, with 6 from I Crociati and 12 netted by i Rossoneri. The average goals per game has been 3.

The last league fixture featuring these sides was Serie A match day 11 on 13/12/2020 which finished with the scoreline of AC Milan 2-2 Parma.

On that occasion, AC Milan had 65% possession and 26 attempts on goal with 6 of them on target. Their only player on the scoresheet was Theo Hernández (58', 91').

The match was refereed by Francesco Fourneau.

In our opinion, Parma could find themselves up against it to find the net against this AC Milan team who we think will manage to get a goal of their own in a winning performance.

With that in mind, we reckon that it will be a hard-fought 0-1 win for AC Milan at the end of the 90 minutes. 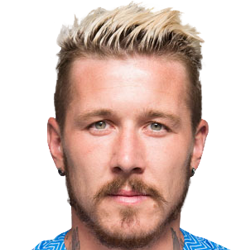 Usually used in the Centre Midfield position, Juraj Kucka was born in Bojnice, Slovakia. Having played his first senior match for MFK Ružomberok in the 2006 - 2007 season, the skilful Midfielder has got 6 league goals in this Serie A 2020 - 2021 campaign so far from a total of 24 appearances.

We have made these Parma v AC Milan predictions for this match preview with the best intentions, but no profits are guaranteed. Please always gamble responsibly, only with money that you can afford to lose. Good luck with your selections.