IFK Mariehamn will be visiting Raatti Stadium on Saturday for the Veikkausliiga tie with home side AC Oulu.

To see all of our predictions, user poll & stats for AC Oulu v IFK Mariehamn, scroll down - plus the latest betting odds.

AC Oulu prepare for this fixture coming off the back of a 0-0 Veikkausliiga drawn match versus FC Haka.

AC Oulu have struggled with their forward play in more recent games. Their goals record stands at just 2 versus opposing sides over their last six outings. In those meetings, AC Oulu have also seen the number of goals scored against them total 9.

Going into this encounter, AC Oulu have not won at home in their last 2 league matches.

In their last fixture, IFK Mariehamn drew 1-1 in the Veikkausliiga tie with FC Honka.

The stats don’t lie, and IFK Mariehamn have been scored against in 5 of their last 6 games, conceding 7 goals in all. In defence, IFK Mariehamn seem to have a bit of a soft underbelly. That being said, it remains to be seen whether that trend will be replicated in this next game.

Going into this game, the form guide shows that IFK Mariehamn:

If we look at their past head to head meetings going back to 15/07/2007, it’s been all-even between these two clubs with AC Oulu winning 2 of those games, IFK Mariehamn 2 and 2 being drawn in regulation time.

10 goals were scored between the two sides during those clashes, with 4 of them from Oulu and 6 for Grönvitt. That’s an average goals per game of 1.67.

The last league contest between these clubs was Veikkausliiga match day 18 on 07/08/2021 when it finished AC Oulu 1-0 IFK Mariehamn.

The AC Oulu boss Teemu Tavikainen doesn’t have any fitness concerns to speak of before this game with a completely healthy group available to choose from.

Owing to a fully injury-free squad available to select from, the IFK Mariehamn manager Daniel Norrmén does not have any fitness worries whatsoever before this match.

It seems to us that IFK Mariehamn and AC Oulu might both not be able to do quite enough to get on the scoresheet here.

Let’s see what happens, but it could well be that we end up with scores level and two clean sheets. That’s why we have predicted a tight encounter, finishing with a 0-0 scoreline at the end of the match. 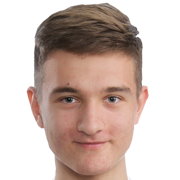 Customarily played in the Striker position, Samu Alanko was born in Finland. Having made his senior debut playing for VPS Vaasa in the 2015 season, the dangerous Forward has netted 2 league goals in the Veikkausliiga 2021 campaign so far in 22 appearances.

We have made these AC Oulu v IFK Mariehamn predictions for this match preview with the best intentions, but no profits are guaranteed. Please always gamble responsibly, only with money that you can afford to lose. We wish you the best of luck.