Scroll down for all of our predictions, poll and stats for the Grimsby Town v Accrington Stanley game - plus the latest betting odds.

Grimsby Town prepare for this game coming off the back of a 1-1 League Two stalemate against Stevenage.

The only scorer from Grimsby Town was Niall Maher (91'). Jake Reeves (79') scored for Stevenage.

Grimsby Town have been quite ineffective in attack in more recent games. Their sum of goals stands at just 4 vs opposing sides over their last 6 matches. In those games, Grimsby Town have also seen the tally of goals against them come to 8.

Accrington Stanley go into this game following on from a 0-1 League One win against Cambridge United in their most recent outing.

The only name on the scoresheet from Accrington Stanley was Harvey Rodgers (45').

Looking over their prior head-to-head meetings dating back to 30/10/2009 shows us that Grimsby Town have won 3 of them and Accrington Stanley 1, with the tally of draws standing at 2.

A total of 19 goals were produced between them during those clashes, with 10 for The Mariners and 9 netted by Stanley. That’s an average goals per game figure of 3.17.

The previous league contest between these sides was League Two match day 25 on 30/12/2017 which ended up with the score at Grimsby Town 0-3 Accrington Stanley.

The Grimsby Town boss Paul Hurst will be happy not to have any fitness worries whatsoever before this match with a fully healthy squad to pick from.

Owing to a fully injury-free group available to choose from, the Accrington Stanley manager John Coleman has zero fitness worries at all before this match.

We believe that Accrington Stanley and Grimsby Town could well end up finding themselves level here, with both teams capable of netting.

A draw looks like a realistic possibility, but we’ll see what happens. That’s why we have predicted a very even match with a 1-1 scoreline at the conclusion of the game. 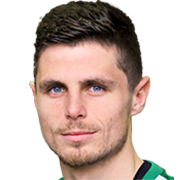 Regularly taking up the Centre Midfield position, Gavan Holohan was born in Kilkenny, Rep. Ireland. Having made his senior debut playing for Drogheda United in the 2013 season, the accomplished Midfielder has managed 3 league goals in this League Two 2022 - 2023 season so far in 16 appearances.

While we have made these predictions for Grimsby Town v Accrington Stanley for this match preview with the best of intentions, no profits are guaranteed. Always gamble responsibly, and with what you can afford to lose. Best of luck.