Our Accrington Stanley v Leeds United tips, poll and stats can be seen in full below - as well as up-to-date odds.

Accrington Stanley will be looking for a repeat result of a 1-0 FA Cup triumph versus Boreham Wood.

John Coleman's Accrington Stanley have seen rewards for their attempts on goal 7 times over their past six outings. At the other end, the tally of goals that they have conceded in those fixtures amounts to 10.

Jesse Marsch's Leeds United have had reason to celebrate scoring 10 times throughout their most recent six matches. The total of goals that they have conceded during those same clashes equals 8.

It doesn’t get much better regarding selection, with just a single fitness concern for the Accrington Stanley gaffer John Coleman to be concerned with from an otherwise complete group. Joe Pritchard (Achilles tendon rupture) will miss out.

In an otherwise healthy squad, there is just a single fitness worry for the Leeds United boss Jesse Marsch to be concerned with. Stuart Dallas (Femoral Fracture) won’t be playing here.

In this match, Leeds United are likely to create a good amount of chances and successful shots on target.

In contrast, Accrington Stanley may well struggle finding the net themselves but we do see them managing to get on the scoresheet here. 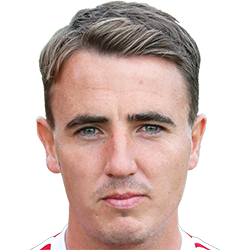 Normally playing in the Left Attacking Midfielder position, Sean McConville was born in Liverpool, England. After having made a senior debut playing for Accrington Stanley in the 2008 - 2009 season, the talented Midfielder has accumulated 4 league goals in the League One 2022 - 2023 campaign so far in a total of 22 appearances.

While we have made these predictions for Accrington Stanley v Leeds United for this match preview with the best of intentions, no profits are guaranteed. Always gamble responsibly, and with what you can afford to lose. We wish you the best of luck.