Return to this page a few days before the scheduled game when this expired prediction will be updated with our full preview and tips for the next match between these teams.
Full-Time Result Prediction
👉
Adana Demirspor to Win

Adana Demirspor will be hosting away team Yeni Malatyaspor at Yeni Adana Stadyumu in the Super Lig clash on Saturday.

Adana Demirspor will be looking for another win after the 1-2 Super Lig victory over Antalyaspor.

It has not been often in recent games where Adana Demirspor have shown defensive steel. In fact, Adana Demirspor have failed to prevent opponents from scoring in 5 of their previous 6 matches, leaking 10 goals during that time. That kind of pattern won’t necessarily be carried forward into this game, of course.

Since a loss in their previous game against Hatayspor in Super Lig competition, Yeni Malatyaspor and their travelling supporters will be hoping that they can get a better result in this one.

Looking at their form, and Yeni Malatyaspor have been scored against in 5 of their last 6 matches, letting opponents get 11 goals in total. Defensively, Yeni Malatyaspor could really do with shoring things up.

Almost everyone can be considered, as there’s just the sole fitness concern for the Adana Demirspor boss Vincenzo Montella to be concerned about thanks to an almost full-strength squad. Gökhan Inler (Unknown Injury) is out of contention.

Thanks to a mainly available squad, there is just the sole fitness issue for the Yeni Malatyaspor boss İrfan Buz to be concerned about. Nuri Fatih Aydin (Cruciate Ligament Rupture) won’t be in action. Nuri Fatih Aydin cannot play in this game through suspension.

Our feeling is that Adana Demirspor have it within them to stay in control for long periods of time and should be able to convert a few of the chances that they create.

In contrast, Yeni Malatyaspor will be up against it to score themselves although we do reckon that they could well end up hitting back at some stage here.

Our selection here is for a fairly comfortable 3-1 margin for Adana Demirspor at the end of the 90 minutes. 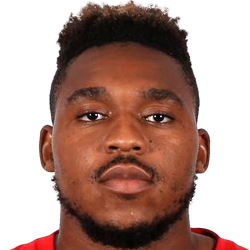 Typically taking to the field in the Striker position, Britt Assombalonga was born in Kinshasa, DR Congo (Zaire). After making a first senior appearance for Braintree Town in the 2011 - 2012 season, the skilful Forward has managed to score 3 league goals in the Süper Lig 2021 - 2022 season to date in a total of 8 appearances.

We have made these Adana Demirspor v Yeni Malatyaspor predictions for this match preview with the best intentions, but no profits are guaranteed. Please always gamble responsibly, only with money that you can afford to lose.