Den Haag will be the visitors at SolarUnie Stadion on Friday for the Eerste Divisie meeting with home side Helmond Sport.

View all of the Helmond Sport v ADO Den Haag predictions, poll and stats below (including the best match odds).

Helmond Sport will be looking for another win after a 0-1 Eerste Divisie triumph over FC Dordrecht.

Wil Boessen's Helmond Sport have scored a sum total of 7 times in their prior six outings. The comparative number of goals that have been scored against them in those same fixtures amounts to 8.

Den Haag will come into the match following on from a 3-2 Eerste Divisie win with the defeat of Den Bosch in their most recent fixture.

Over the course of their last six clashes, ADO Den Haag have amassed a total of 19 goals. ADO Den Haag have also scored in every single one of those games. During that period, their defenders have had 9 goals go into their own net.

Ahead of this clash, ADO Den Haag are undefeated in their previous 3 league matches away from home.

Looking over their most recent head-to-head meetings stretching back to 14/09/2001 shows us that Helmond Sport have won 2 of these & Den Haag 3, with the number of drawn results being 1.

In all, 11 goals were produced between them throughout the course of those matches, with 4 of them for Helmond and 7 being from De Residentieclub. That’s an average goals per game figure of 1.83.

We’re of the view that ADO Den Haag should be able to create a good number of chances & successful shots on target.

At the same time, Helmond Sport could well find it tough to get goals of their own but we do fancy them hitting back at some stage here.

We therefore think that it’s going to be a pretty comfortable 1-3 winning margin for ADO Den Haag come full-time. 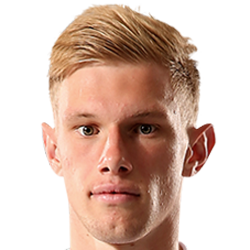 Mostly taking to the field in the Centre Midfield position, Jellert Van Landschoot was born in Belgium. After having played his first senior match for FC Eindhoven in the 2017 - 2018 season, the dangerous Midfielder has struck 5 league goals in the Eerste Divisie 2021 - 2022 campaign to date in 10 appearances.

While we have made these predictions for Helmond Sport v ADO Den Haag for this match preview with the best of intentions, no profits are guaranteed. Always gamble responsibly, and with what you can afford to lose.