AIK are the guests at Behrn Arena on Monday for the Allsvenskan tie with home side Örebro SK.

Örebro SK will be hoping to bounce back here following a 0-2 Allsvenskan defeat last time out to Hammarby IF.

It has been seldom in recent games that Örebro SK haven’t conceded. In fact, Örebro have seen their defence breached in 6 of their previous 6 matches, leaking 14 goals on the way. We shall soon find out whether or not that trend will end up being continued on into this next match.

Coming into this contest, Örebro SK are without a win at home for the past 2 league games.

AIK head into the encounter following on from a 2-0 Allsvenskan win with the defeat of Kalmar FF in their most recent outing.

In that match, AIK managed 34% possession and 12 shots at goal with 5 on target. For AIK, goals were scored by Alexander Milošević (58') and Sebastian Larsson (91'). Kalmar FF got 9 shots on goal with 3 of them on target.

In their last six outings, AIK have helped themselves to a tally of 10 goals. Gnaget have also not failed to score on each one of those occasions. During that period, they’ve seen 7 goals go into their own net.

If we look at their past head to head meetings going back to 18/04/2018, neither club has come out on top overall with Örebro SK winning 2 of those games, AIK 2 and 2 being draws in normal time.

A combined sum of 13 goals were scored between the two sides throughout the course of those matches, with 6 of them for Örebro and 7 created by Gnaget. This gives an average number of goals per game equal to 2.17.

The previous league game between these sides was Allsvenskan match day 28 on 22/11/2020 which finished with the scoreline of AIK 0-2 Örebro SK.

In that match, AIK managed 73% possession and 15 shots at goal with 2 of them on target. Their only player to score was Eric Kahl (39' Own goal).

Örebro SK got 7 attempts at goal with 5 on target. Deniz Hümmet (60') scored.

Örebro SK manager Vítor Gazimba does not have any fitness concerns to speak of ahead of this match with a completely injury-free group to pick from.

Thanks to a fully healthy group available to choose from, AIK boss Bartosz Grzelak doesn’t have any fitness worries to speak of before this game.

We’re inclined to think that Örebro SK could well find it tough to hit the back of the net against this AIK side who will likely manage to get a goal of their own in a winning performance.

Therefore, we predict a hard-fought contest, finishing with a 0-1 advantage for AIK at the conclusion of the game. 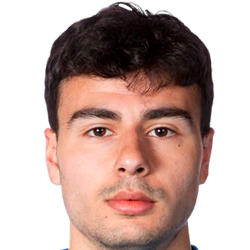 Mostly taking up the Central Attacking Midfielder position, Deniz Hümmet was born in Fosie, Sweden. After having made a senior debut playing for ESTAC in the 2014 - 2015 season, the accomplished Midfielder has accumulated 4 league goals in this Allsvenskan 2021 campaign so far in 11 appearances.

While we have made these predictions for Örebro SK v AIK for this match preview with the best of intentions, no profits are guaranteed. Always gamble responsibly, and with what you can afford to lose.